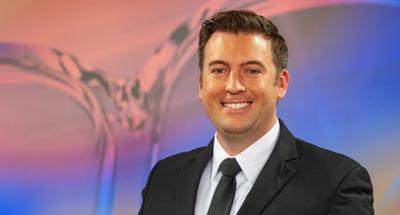 Scott Daniels is an evening news anchor for KNDU. His journalism career has spanned more than a decade working as a reporter and anchor in Louisiana, New Mexico, Las Vegas, San Luis Obispo, CA and now here in the Tri-Cities.

Throughout his career, Scott has covered many memorable stories: he traveled to Texas to cover Hurricane Harvey in 2017, Scott was on CBS Evening News after he was the first reporter at a deadly police ambush in Las Vegas in 2014, and he interviewed Tea-Party darling Cliven Bundy knee-deep in a river during standoffs with federal agents.

As a news anchor, Scott has worked split-shifts anchoring the morning shows and 5pm shows for KSBY-TV on the Central Coast of California. He once anchored 17 hours in one day while the Thomas fire burned parts of Santa Barbara County.

Scott is a graduate of the Walter Cronkite School of Journalism from Arizona State University. He loves following sports and politics. Kanye West follows him on Twitter and you should, too.

Movie theaters reopen with 25% capacity, here's what you can expect

Monty's Dad Joke of the day

WATCH: Pasco Wendy's charging customers for meals, despite not visiting the location in months