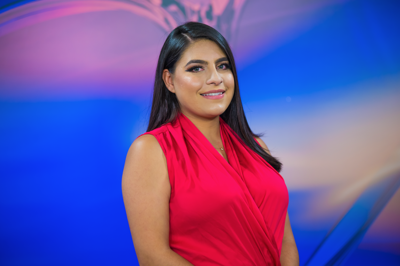 Stephanie is from Albuquerque, New Mexico. There she grew up dancing Ballet Folklórico and playing Mariachi music.

Stephanie graduated from New Mexico State University in December 2017. At NMSU Stephanie was part of KRWG News 22 the on air student run newscast. During her time at NMSU she learned how to shoot, edit, and report news stories in both English and Spanish.

Before arriving at KNDU/KNDO Stephanie worked as a Production Assistant at KOB in Albuquerque, New Mexico.

In her free time Stephanie likes to get creative with makeup, go on hikes, go thrift shopping and doing various DIY projects.

If you have any story ideas for Yakima and surrounding areas email Stephanie at stephanie.muniz@nbcrightnow.com