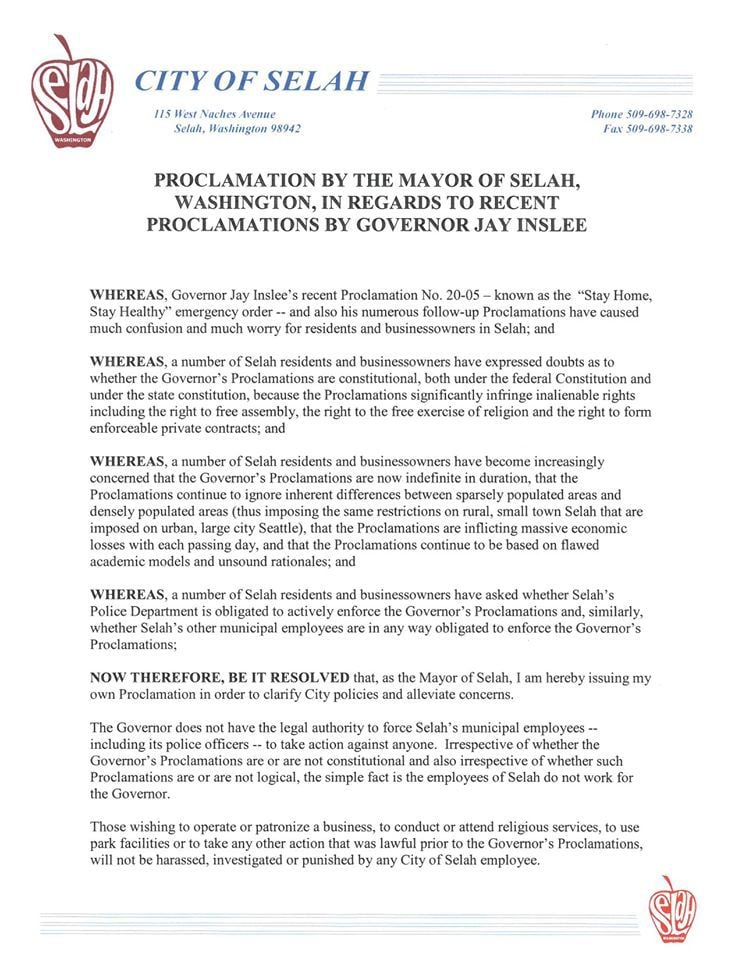 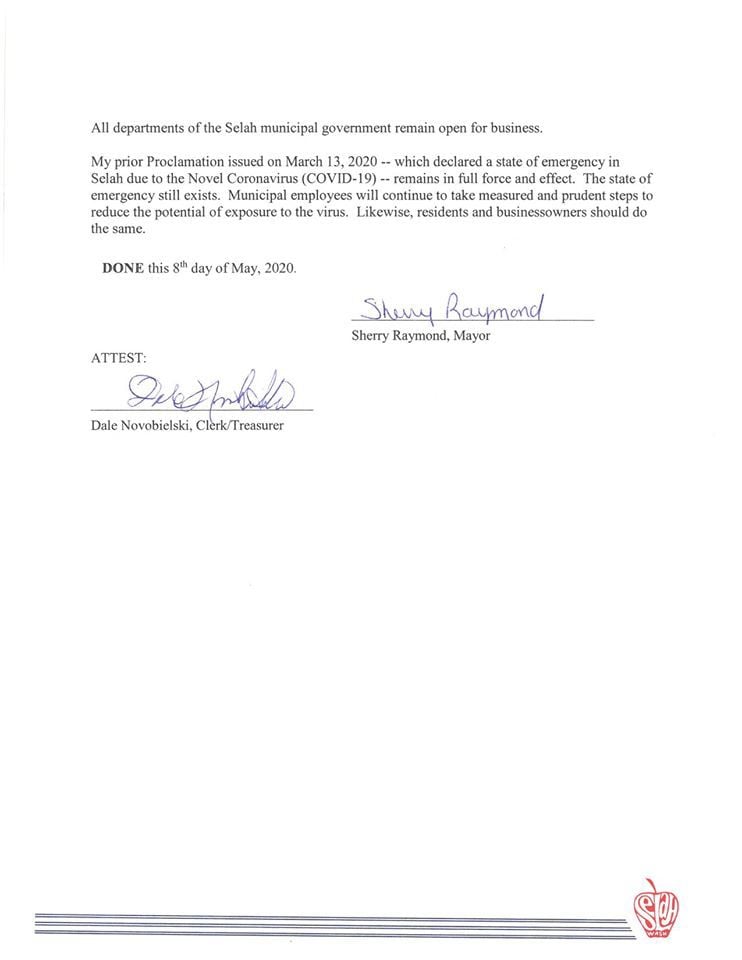 The proclamation stated Governor Jay Inslee does not have the right to force city leaders to enforce his order and patronize businesses who have done the right things as they continue to reopen.

She told city employees and law enforcement they will not be enforcing the order.

Mayor Raymond said the governor's orders and phase requirements are confusing to many city leaders, officials and business and religious leaders.

Mayor Raymond did reiterate social distancing guidelines are still to be followed, but businesses can reopen as they feel necessary.

Mayor Raymond did sign a state of emergency proclamation March 13th, which still remains in effect.

To read the full letter in it's entirety see below: