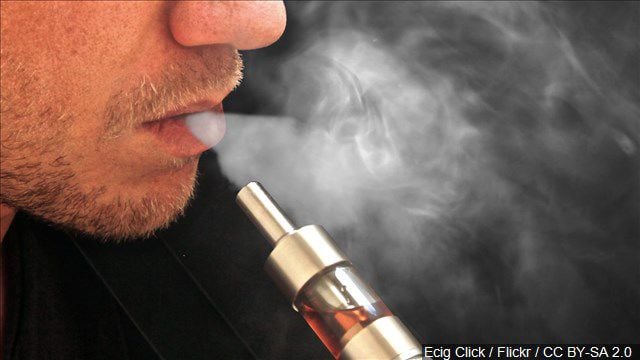 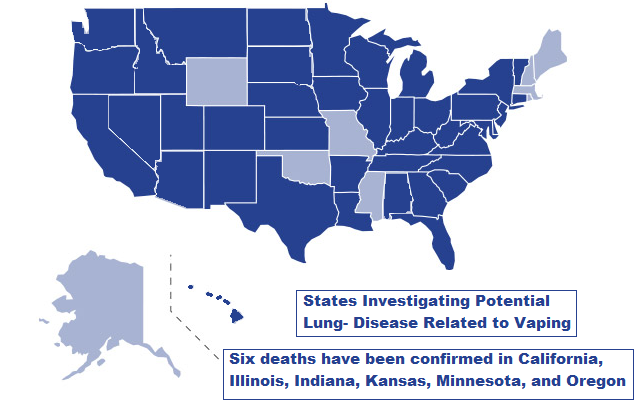 KING COUNTY, WA- Washington State Department of Health (DOH) officials are reporting the first confirmed case of a severe lung disease connected to  the use of vaping devices.

This case happened to a young male in early August. He was hospitalized for severe pulmonary disease. He was in the Intensive Care Unit in a King County hospital for four days.

The hospitalization was associated with e-cigarette use. He had been vaping for 3 years.

The teen is now at home recovering.

"I think that we need to know more about what's going into these products and what the potential health effects could be for these substances," said Dr. Kathy Lofy, M.D., State Health Officer, Washington State Department of Health.

The State of Washington is participating in a nationwide investigation of vaping and e-cigarette related illnesses.

Public Health officials said they have written letters to all state health providers asking for them to report any patients who have vaping related illnesses.

They are also looking at real-time data of Washington hospitals to see if any patients have been recently admitted with severe lung disease.

They are also looking at death certificates to find any vaping related deaths.

"There is little known about the long term safety of these products and that's not something the FDA can make happen.That's something that's going to take time and users need to understand," said Dr. Jeff Duchin, M.D., Health Officer for Public Health Seattle & King.

Health officials are urging everyone to stop vaping and using e-cigarettes. Th CDC is investigating, but has not identified a cause of these illnesses.

“We will continue to update the public on the status of the investigation and steps they can take to protect their health. Gov. Inslee asked DOH last week to provide him with policy options including a full ban on flavors,"said Dr. Lofy. "We are not waiting for the federal government and are moving ahead with the governor’s request."