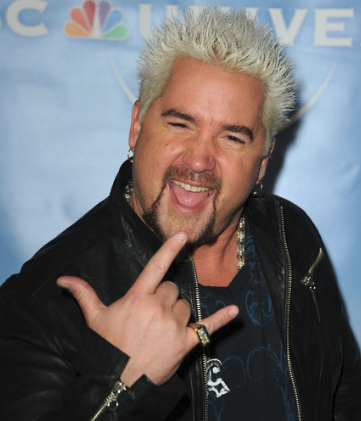 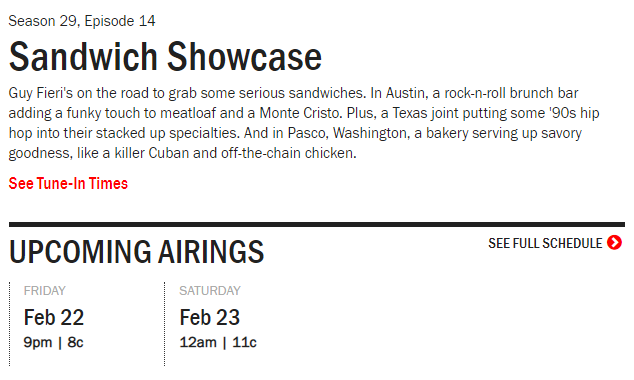 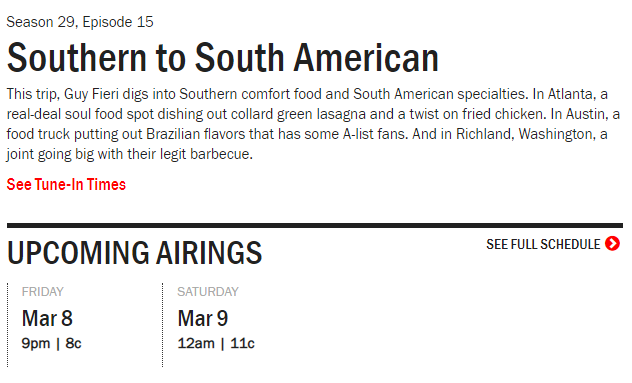 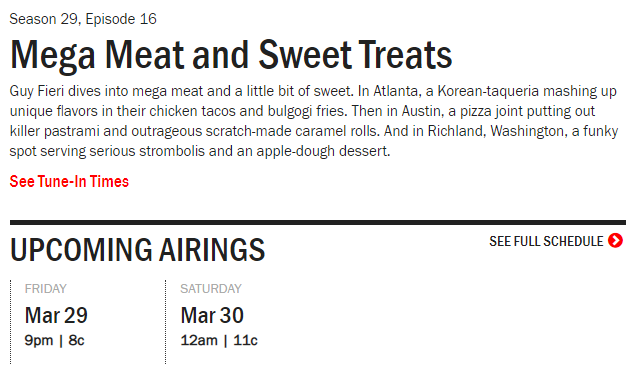 The description of the episode teases a Pasco place that sounds like Vinny's Bakery.

Make sure to tune in!

KENNEWICK, WA - If you've completely forgotten about the fact that Guy Fieri from the Food Network visited the Tri-Cities, then remember again! The three episodes featuring restaurants in our area have official air dates on the Food Network website.

Guy Fieri is definitely finishing season 29 of his show off strong with the last three episodes: they each feature a Tri-Cities restaurant!

Season 29 Episode 15, "Southern to South American," airs on Friday, March 8 at 9 p.m. (We're pretty sure this one is about Porter's Barbecue):

And Season 29 Episode 16, "Mega Meat and Sweet Treats," airs on Friday, March 29 at 9 p.m. (We thought it could be Frost Me Sweet, but many people commented on our post telling us they think it's The Folded Pie):

This may be one of the few times you'll be able to get takeout from any of these places, go home, and eat the exact food you'll be watching on TV! (You can eat whatever you want while you watch the episodes, but we think this would be kinda fun.)