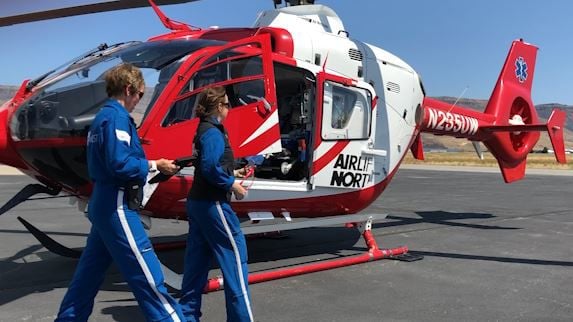 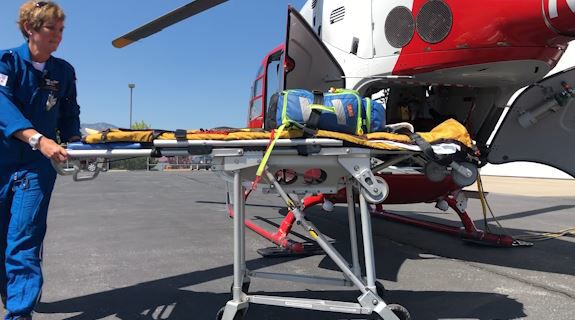 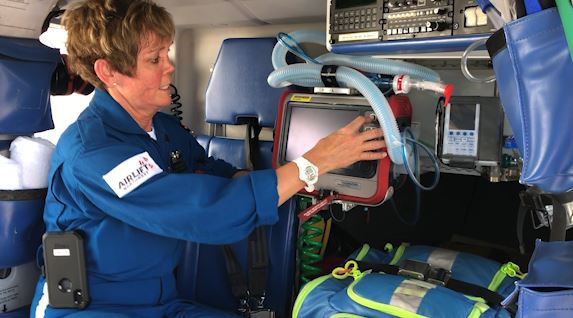 WENATCHEE, WA - During a medical emergency getting the proper care is the biggest priority.

Unfortunately for people living in rural areas getting that help in not always possible, but now people in Wenatchee people can rely on Airlift Northwest.

A company that provides air medical services to help save anyone during a critical situation.

"We're a flying intensive care unit for all intense and purposes. Everything that we carry from our medical equipment, to our medication bag is just a portable version of what you'd see in an intensive care unit," said Suzanne Beck, Wenatchee Base Manager, Airlift Northwest.

After a 12 year absence in the Wenatchee Valley Airlift Northwest has returned, proving it's the fastest mode of transportation for medical emergencies in the area.

"Our goal is to get in and get out as quickly as possible because we don't need to be wasting time," said Beck.

Beck has been a flight nurse for 18 years and she says, "In that time frame I've seen so many circumstances where it has been life saving."

With six bases across Washington and one in Alaska Airlift Northwest helps hundreds of people get the medical attention they need.

"We fly close to 4,000 patients a year, a fair amount of our volume comes from either rural areas, it also comes from islands," says Chris Martin, Executive Director, Airlift Northwest.

"There's times when we actually land ahead of EMS because it takes them time get there," said Beck.

Beck also recalls a recent patient they were able to help within a matter of minutes.

"A transport way up in the mountains outside of the Nile, and the patient had a very bad injury, which was time critical from a circulation stand point. He needed to get to some place that had a vascular surgeon as well as orthopedics, and it would of been two hours at least, by ground. We were able to land right next to him and within 15 minutes get him to a facility that had that capability."

Airlift Northwest was asked to return to Wenatchee, because of the lack of medical help in the area.

Aside from the transportation its also about the care they provide during those first crucial minutes.

"We can start the blood products get the airway things that we need to do and do that right at the road side and the bedside. With small rural facilities their stock of blood products is usually very small, so we're able to bring ours and let them save that for the next patient that might need it," said Beck.

Beck says the job itself is very rewarding, because she knows that at the end of the day she helped someone survive.

"I've seen patients where you drop them off and think, 'There's no way they are going to survive what they've been through,' and then to hear actually, they got discharged two weeks later or it's such a wonderful feeling to know that you had a little part of that."