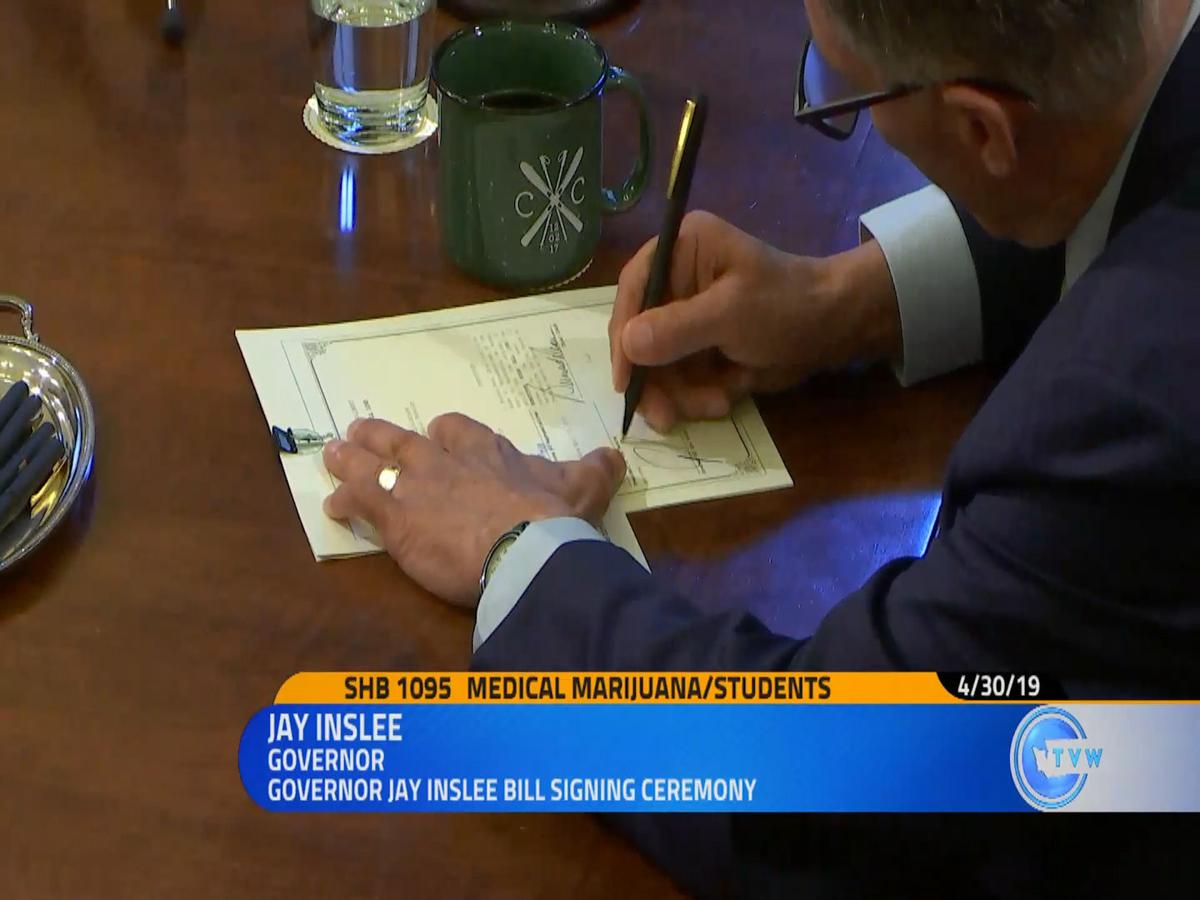 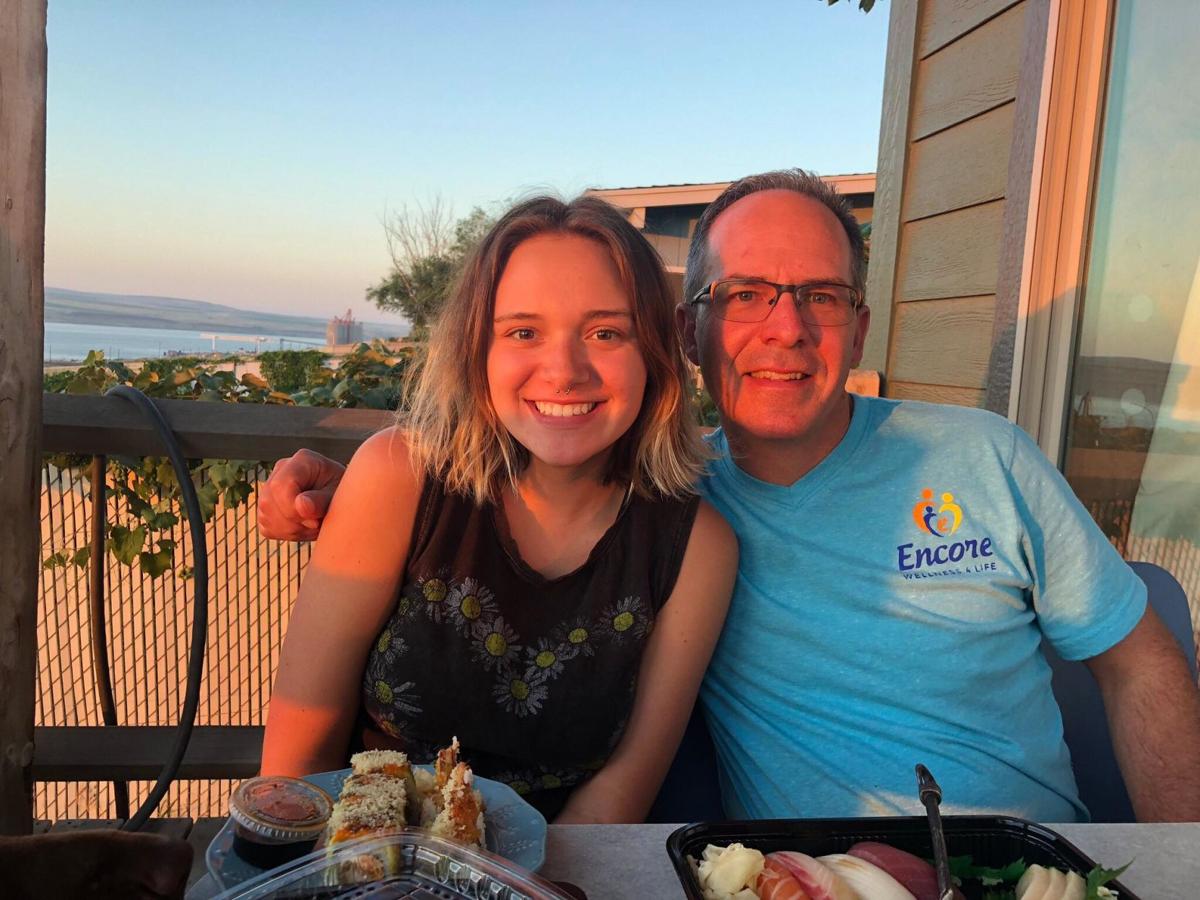 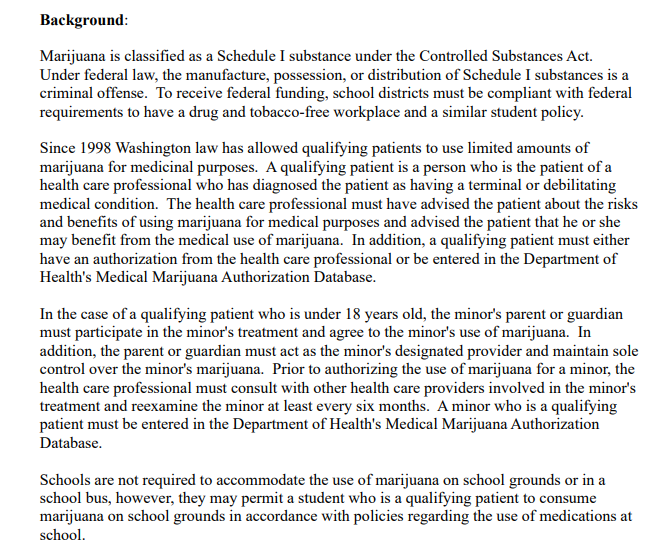 WASHINGTON - Beginning next school year, students will be allowed to consume medical marijuana at schools in Washington. This doesn't mean teens are allowed to smoke; there's a protocol to these new rules.

House Bill 1095 signed into law Tuesday will now allow students prescribed medical marijuana to no longer have to leave school. Students who need it will use infused products like edibles. Under this law, School Districts would have to establish policies. Parents would be the ones administering it, be that on school property, before getting on a school bus or while attending a school-sponsored event.

Jennifer and Mark's daughter Kennedy was diagnosed with Epilepsy at a young age. The two say medical marijuana helped Kennedy sleep at night.

"Our daughter was seizing at night between two and four in the morning," said Mark Kieth Director of Encore Wellness. "We were looking for a relief."

That's when Mark and Jennifer discovered medical marijuana as an alternative, and the non-psychoactive CBD oil.

"We realized that there wasn't a strong psychoactive effect, but more of sedative effect to keep her in her R.E.M sleep," said Mark.

While Kennedy was in school she took CBD oil, because medical marijuana wasn't allowed in school. Other students with medical issues, however, may need doses day and night to maintain consistency.

"There has been an issue in the past where parents haven't been able to medicate their children when they are at school, because they need to have consistent dosing," said Jennifer Armstrong.

Jennifer, Mark's wife and Kennedy's step-mom, is a nurse practitioner-- she has been prescribing medical marijuana to people of all ages. She says consistency when dealing with the prescription is key.

"When we were first starting this journey with our daughter and her seizures, she would have episodes at school. She would get into an aura stage where we knew that her seizures were coming," said Jennifer. "She had to come home, so that she could be monitored. If at that point we were able to medicate her and keep that level consistent, then she would have done a lot better than she did."

The Kennewick and Pasco School District say because this bill is so fresh, they haven't been able to look into those policies and procedures. The policies, however, will likely be set by the time this law in enacted in July- just in time for the next school year.