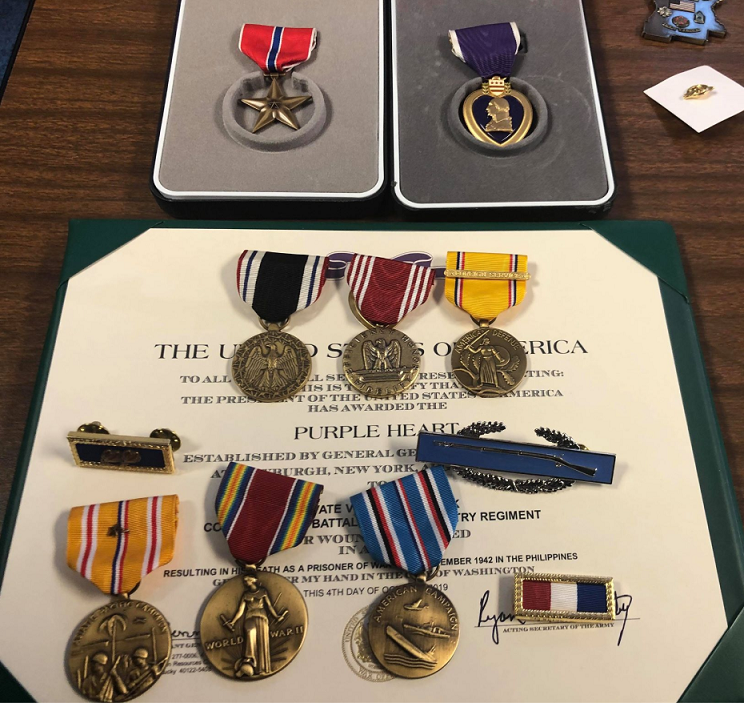 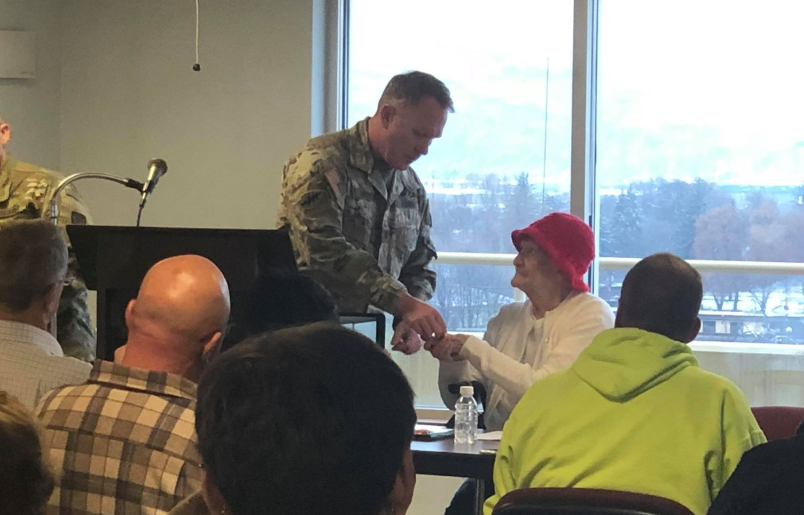 YAKIMA, WA - Late Private Virgil L. Hamock of the US Army in WWII was posthumously awarded a Purple Heart and Bronze Star on Wednesday, December 11.

During the ceremony, Mildred said her brother fought until he couldn’t fight anymore. Now, 79 years later, she says it’s her honor to accept these medals on behalf of her parents and her entire family, especially Virgil.

Hamock joined the United States Army on May 21, 1941 at 21 years old. He was sent to the Philippine Islands, where in 1942 his unit was considered destroyed as a combat entity. The remainder of the Philippine Division surrendered on April 9, 1942, and Hamock was held at the Cabanatuan POW camp in the Philippines.

Hamock died a prisoner of war on December 12, 1942. His cause of death was determined to be pellagra and dysentery.