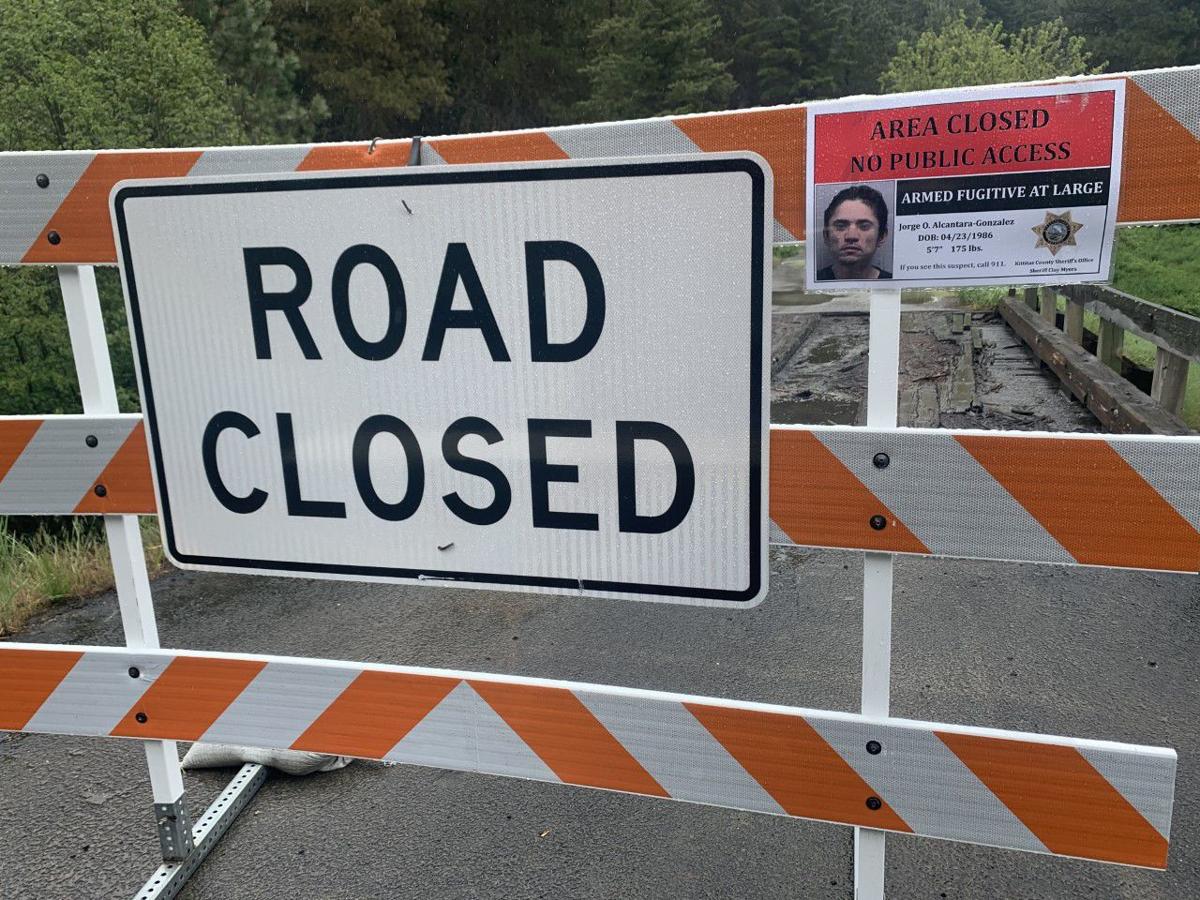 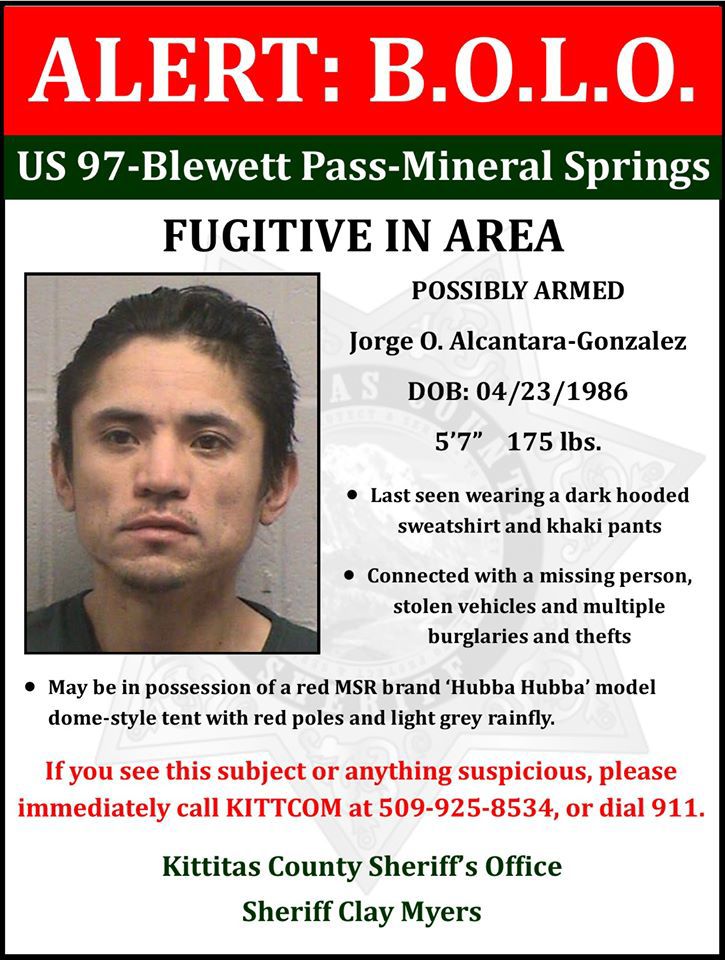 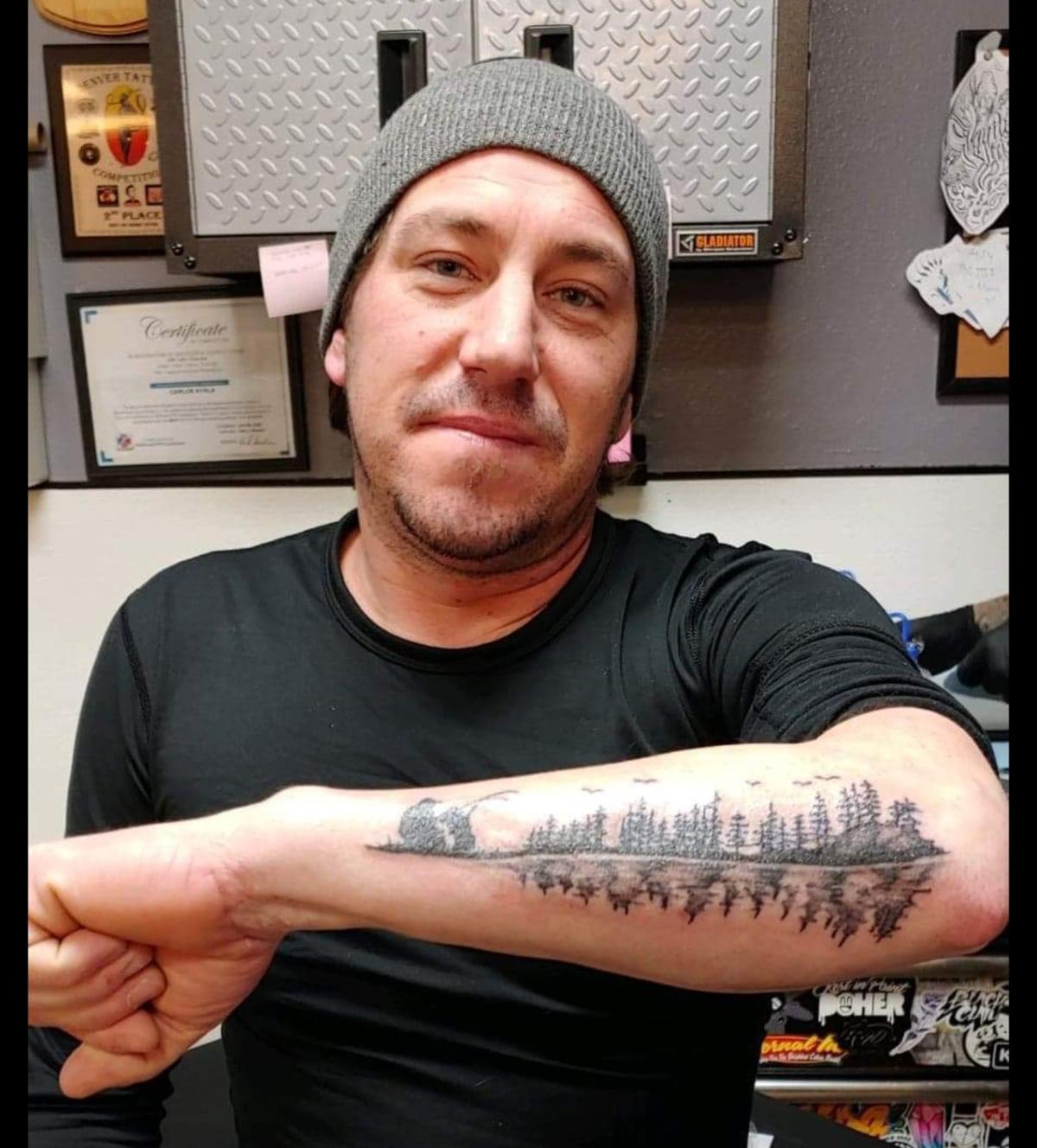 CLE ELUM, WA- A manhunt continues for a suspect linked to the death of a missing hunter near Cle Elum.

Ian Eckles, 41, of Kent was last seen May 16. Friends say Eckles was going to meet friends for a hunting trip north of Cle Elum, but never showed up.

Eckles' friends and family describe him as a happy guy who loved his family and the outdoors. Dan Linn, one of Ian's close friends said the area was one of his favorite places to hunt and he knew the area well.

"It wasn't weird that he didn't show up at first hunt, sleeping in is common. But when he wasn't at their normal spot when they came back they thought it was pretty weird but just assumed he must've gone home for whatever reason," Linn said.

When Eckles did not come back or show up to work the next day, that's when family and friends knew something wasn't right.

"Ian's not the type of person to go missing especially in the woods he knew what he was doing up there, so we knew it was a problem," Linn said.

Inspector Chris Whitsett, Kittitas County Sheriffs Office said groups of Ian's friends, and family helped them searched the area for days. As they were searching for Ian, someone in the search group saw Ian's Toyota FJ cruiser drive by with someone else in the drivers seat.

"That initiated a shift in our search. A shift in the urgency in what we thought might have happened," Whitsett said.

Deputies say they found Ian's car empty with another stolen car right next to it and as they went toward those cars they saw a man take off running into the heavily wooded forest. That man later identified as Alcantara-Gonzalez.

Evidence found inside of the car by the Kittitas County Sheriff's Office leads detectives to believe Eckles is dead.

"On the morning of the 23rd and we hunted non-stop through that weekend. This is definitely the biggest man hunt in the history of our county," Whitsett said.

Detectives say over the past three weeks multiple agencies have helped with the investigation. Some looking for Alcantara-Gonzalez as wanted for his connection in multiple homicides from King to Lewis County.

Over the course of the search, investigators found evidence that Alcantara-Gonzalez broke into nearby cabins, a general store, and campsites in the Mineral Springs area. As they search for him, they have closed down majority of the Teanaway Community Forest.

"People will come innocently and not know they are walking into the forest where a person like this is hunting for resources and willing to hurt people to get them," Whitsett said.

Detectives say if they were just looking for Ian the search would include more people other than police and trained cadaver dogs.

"Ordinarily involve a great many civilians and many dogs that are trained in the detection of human remains. We can't put any of those people or those dogs in this area right now," Whitsett said.

For Ian's friends and loved ones, it's not just about a manhunt for the suspect. They want to know where Ian is, what happened to him, and help find him.

"While I've dealt with the grief of Ian being gone there's still this lingering ghost of having to do this wild goose chase," Linn said.

NBC Right Now reached out to Ian's family who sent this statement:

"Ian Eckles was larger than life with a huge personality. When he was a kid he was the class clown and throughout his life he had the best sense of humor.  Always the center of attention, doing whatever he could to make others laugh. He was a family man who embraced being a young grandpa and lived for his daughter and grandson. He considered his close family members some of his best friends however, he had a huge group of friends many of which he considered his family. He would do anything for his friends and family. He was the friendliest guy with a huge heart and was the protector. You always felt safe around him. He was a true outdoors man and a fire bug. He was either hunting, fishing, camping, or just spending time in the outdoors. He had so many adventures and was the greatest storyteller. He loved football and was a true Patriot, loved shooting his guns and was so proud to have his daughter serve in the military, but music was his life," Eckles family said.

Camping and recreational activity is prohibited in those areas until further notice.

If you have any information you are asked to contact investigators Sheriff Clay Myers, 509-925-8534 or by email at clay.myers@co.kittitas.wa.us.

Kittitas County Sherriffs deputies arrested Jorge Alcantara-Gonzalez Sunday after a nearly 23-day manhunt in Teanaway Forrest near Cle Elum. Deputies say Alcantara was arrested on a warrant for the murder of Ian Eckles, the 41 year old hunter from Kent who disappeared on May 17.

What's Trending in Wake Up: Macy's 4th of July show is back

Cherry season is here! Here's how you can "pick in" on the action

US bans dogs brought in from 100 countries with rabies risk

103 people who won Washington's vaccine lottery have not responded

The annual Toppenish 'Wild West Parade' has been approved