FRANKLIN COUNTY, WA - Franklin County Deputies are hoping to put a stop to illegal street racing in Pasco and surrounding areas with a newly passed ordinance.

Moving forward not only can drivers be charged and arrested, but so can organizers, look-outs and others involved.

Before the new law, deputies and police could only target and arrest those driving at high speeds, but that will soon be changing. The new law allows police to go after “any person present in an area where an illegal race is occurring or about to occur."

However, some critics say this is likely to make anyone in the area be guilty without cause.

During a Franklin County Commissioners meeting where the "Unlawful Race Attendance” ordinance was proposed Franklin County Prosecuting Attorney Shawn Sant refuted those claims. And says the new law is meant to go after organizers, looks-out and those directly involved in making the races happen.

"It specifically mentions under Paragraph A... the mere presence at an unlawful race is not sufficient to be guilty under this chapter, the deputies' concern is showing active participation in the event," said Sant.

Moving forward anyone convicted of breaking the new ordinance code could be charged with a misdemeanor, and face up to three months in jail with a $1,000 fine.

For repeating offenders officials could charge them with a gross misdemeanor, which carries a sentence of up to a year in jail and $5,000 fine.

The ordinance was approved by all three Franklin County Commissioners, has support from the City of Pasco, and Pasco P.D.. The new law is set to take into effect next month.

You can find a copy of the new measure below: 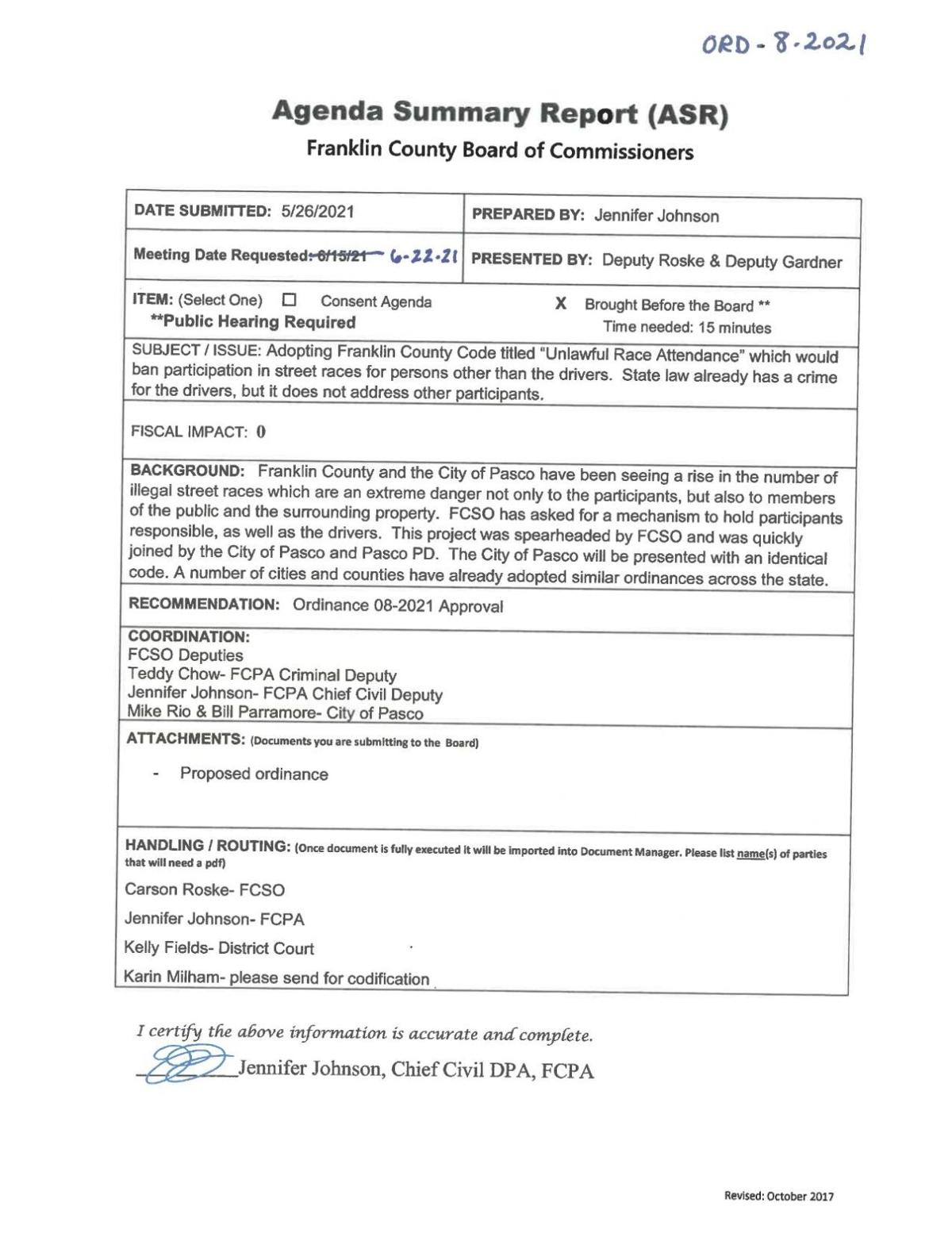 BUILDING BLOCKS OF THE FUTURE: Fun learning apps for kids

WATCH: WSU head coach takes questions about his decision not to get COVID vaccine

Pet of the Day: Russell

100° temperatures are coming back, Here is where you can cool off in Richland

BUILDING BLOCKS OF THE FUTURE: Fun learning apps for kids