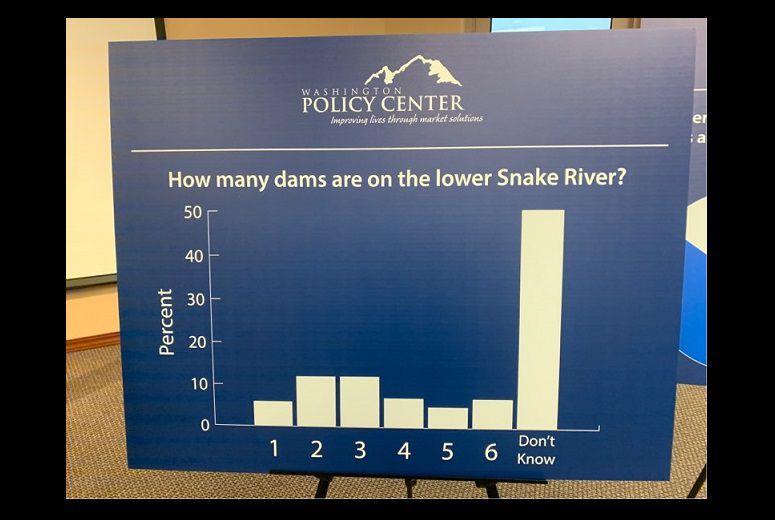 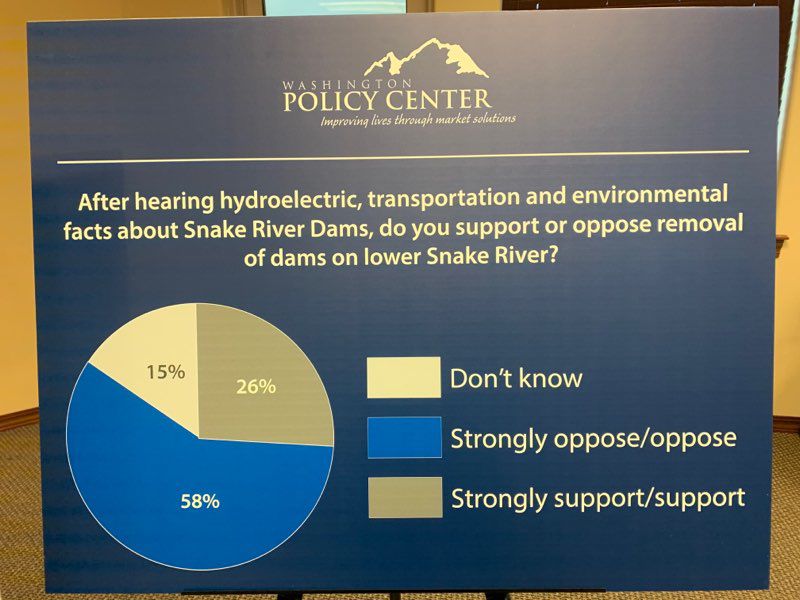 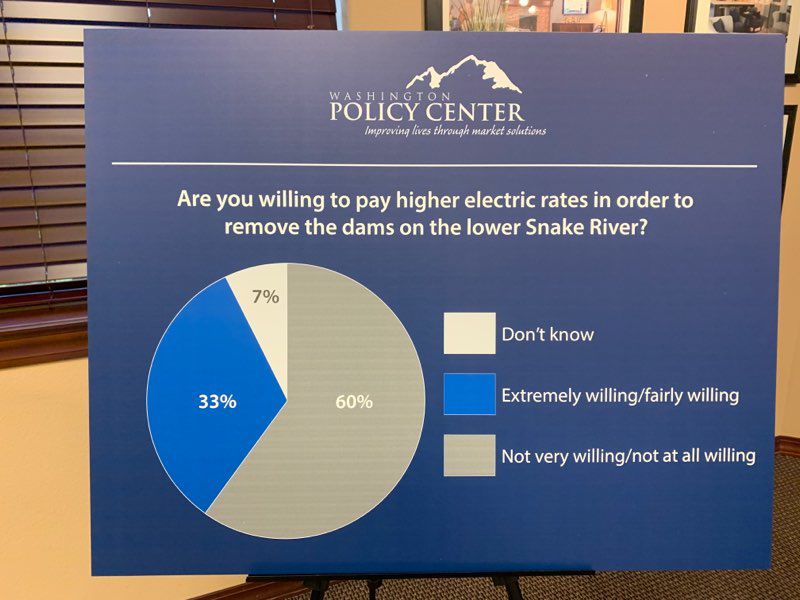 KENNEWICK, WA – Washington Policy Center will release poll results Tuesday that will reveal what Washingtonians really know about the Snake River dams and whether they believe the dams should be removed.

The poll of 500 Washington voters statewide was conducted in late November. Results will provide new context to the debate over the fate of the lower Snake River dams.

“Much has been said and much has been assumed about the Snake River dams,” explained WPC Environmental Research director Todd Myers. “How Washingtonians responded to this latest polling should certainly give lawmakers and the media pause.”

To get a sense of what Washington residents really know, poll participants were asked simple questions such as “how many Snake River dams are there in Washington,” and “when were salmon runs the highest?” They were also asked opinion questions, such as “do you favor removal of the dams,” and would you be “willing to pay for higher electricity costs to remove the dams?”

“The results were eye-opening,” said WPC Eastern Washington director Chris Cargill. “In some cases, it is a classic split between East vs. West – until participants of the poll become more informed. Then, the state speaks with more solidarity.”

Results of the polling were announced at Tuesday’s news conference at the Tri-Cities Home Builders Association. Most of the poll participants didn't know how many dams are on the lower Snake River, just under 60 percent opposed removal of the dams, and 60 percent said they were not willing to pay higher electric rates for the dam removal.

Removing four dams on the Snake River is still on the table right now.