“As you know, after years of work and advocacy, Congress finally reached a bipartisan consensus on two pieces of critical legislation to address this crisis, and President Trump signed both Savanna’s Act and the Not Invisible Act into law earlier this year,” wrote Newhouse.  “The signing of these bills is a monumental step toward accomplishing our shared goal of delivering justice to the families and loved ones of MMIW across the country, but there is more to be done.  Now, we must continue working to ensure Native American women will no longer face violent crimes that go uninvestigated or unsolved. That work must begin in the communities most affected, and recent data demonstrates that my home state of Washington is particularly impacted by the MMIW crisis.”

Newhouse continued, “With an understanding of the outsized impact this crisis has on Central Washington, I write to request that a Cold Case Task Force Office be established through Operation Lady Justice in Yakima, Washington through dedicated funding provided to your agencies through FY21 appropriations.  This office will be instrumental as we continue to work to address and put an end to the decades-long crisis that affects native communities throughout the country.”

The Cold Case Task Forces are in accordance with President Trump’s Executive Order establishing an interagency task force, Operation Lady Justice. The offices will be staffed with law enforcement personnel and newly appointed special agents from the Bureau of Indian Affairs Office of Justice Services (BIA-OJS), along with personnel from other Operation Lady Justice Task Force partners, including tribal law enforcement, the Federal Bureau of Investigation, and Offices of the U.S. Attorneys.

Read the full text of the letter here. 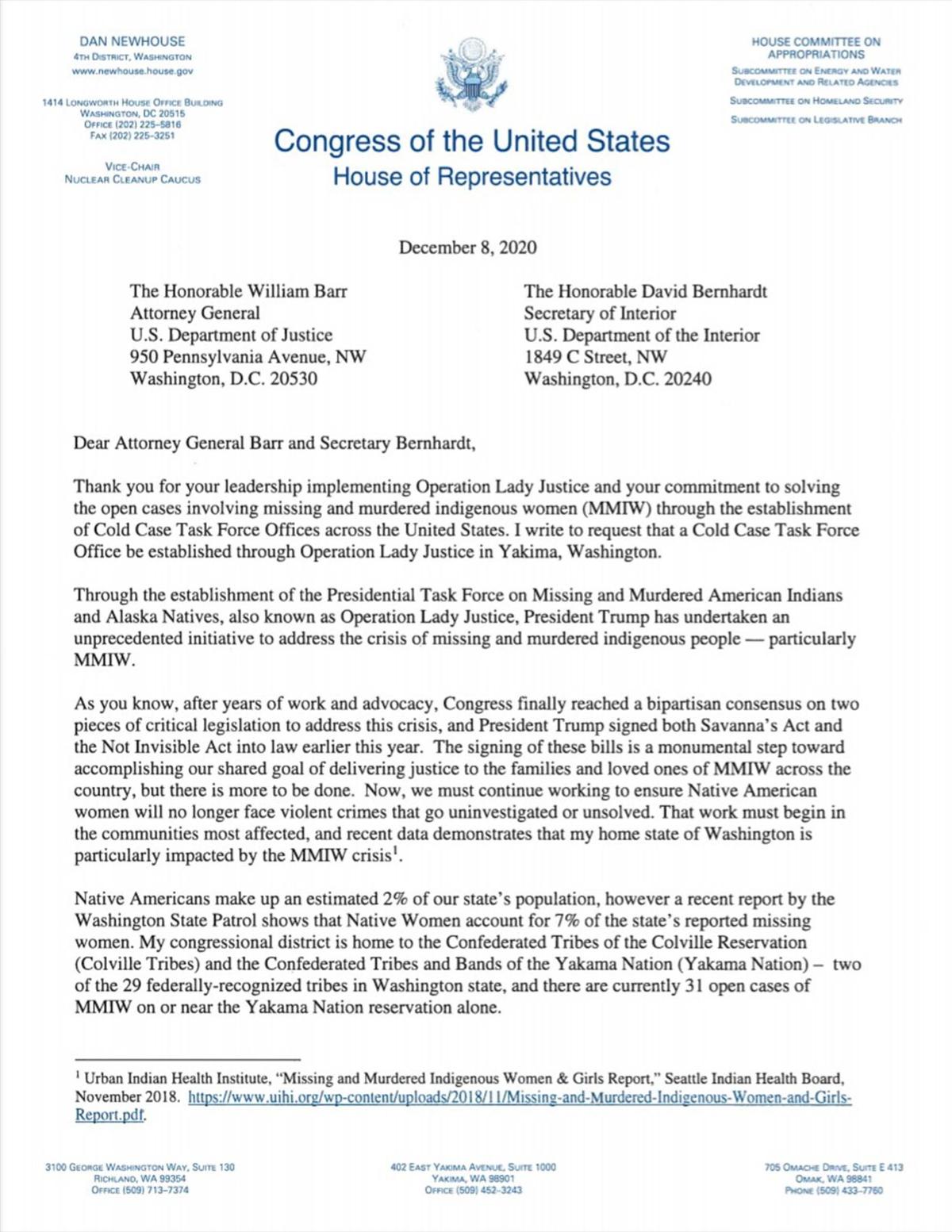 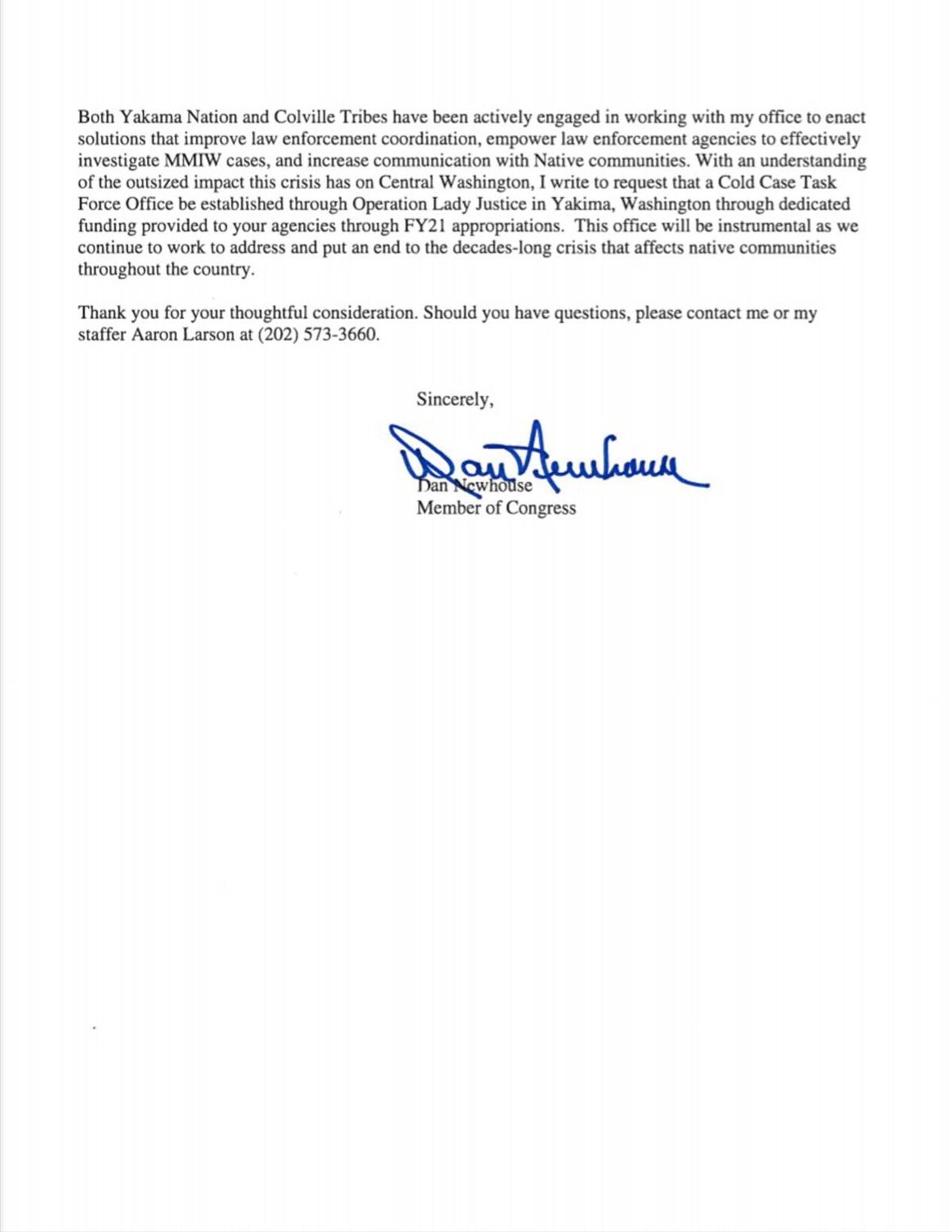 Tracci's Garden: From Seeds to Salads

Wake Up Your Lawn and Garden