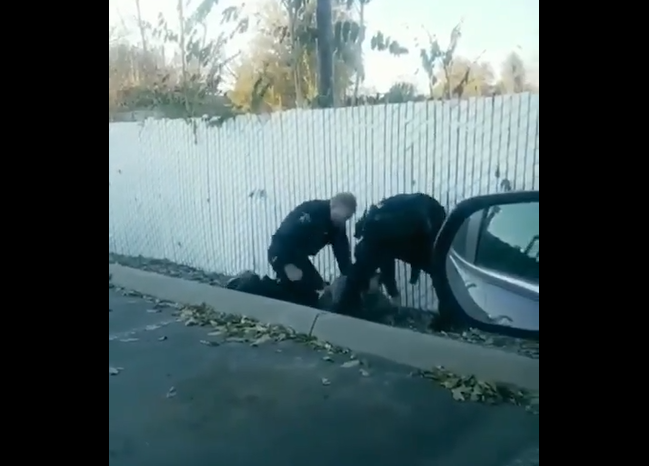 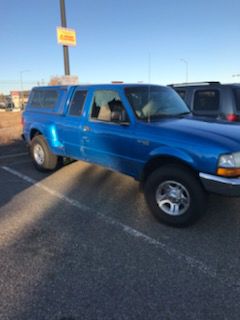 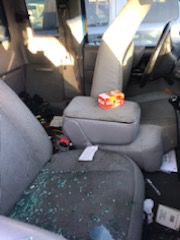 KENNEWICK, WA - A controversial video posted on Facebook showing an arrest made by Kennewick Police officers is getting a lot of attention. The video shows one of two officers striking an unarmed man laying on the ground several times during the arrest.

Kennewick Police say that on Tuesday, Oct. 29 just after 4 p.m., officers were called to the area of 15 N. Huntington St. for a report of a man breaking into a pickup truck.

KPD says officers responded and saw a man inside of a fenced-off compound trying to hide inside a bus. Officers gave him commands to exit the bus, but the man, identified as Gordon Bailey, 51, refused to obey the commands. As the officers got closer, Bailey got off the bus and started running away, climbing a fence.

The aforementioned video begins when Bailey is about to climb another fence and an officer tases him after a warning.

KPD says Bailey hesitated to obey commands to go to the ground, and also resisted officers' efforts to place him in handcuffs once he was face-down on the ground.

The department says one of the two officers struck Bailey several times to his right side and lower back to try to get compliance to handcuff him, which is shown in the video. Bailey was then arrested.

KPD says Bailey was medically cleared at a hospital before being booked into the Benton County Jail for Vehicle Prowl, Criminal Trespass in the 2nd Degree, and Resisting Arrest.

KPD is aware of the video of the incident. They say: "As with all use of force instances, the Kennewick Police Department investigates and reviews the actions of the involved officers to ensure that their actions were within policy."

NBC Right Now is currently reaching out to the Kennewick Police Department for more information.