WA - The Washington Association of Prosecuting Attorneys (WAPA) recommended its members not file new juvenile cases, pleadings, or documents starting May 3. This comes after the Supreme Court approved a rule change on how juvenile court records are filed, which took effect Tuesday.

The change to General Rule 31 CrR 2.1 requires filing court records under a juvenile's initials, an identification number and their date of birth, instead of using their full name. The two groups that proposed the rule change the Washington State Minority and Justice Commission (WSMJC) and the Washington Office of Public Defense (OPD) said this rule is meant to help young offenders trying to get their lives in order.

According to Professor Kim Ambrose, a member of the WSMJC, this change will help the juvenile system do what it is intended to.

"What we wanted to ensure is that juvenile justice system, which is set up to be rehabilitative, remains so," Ambrose said. "That these young people can go on and not have their lives permanently damaged as the result of a juvenile offender record that gets out there publicly."

Most juvenile offenders become eligible to get their criminal records sealed when they turn 18-years-old. However, the organizations behind the rule change believe since anyone can access juvenile names, it's easy for them to get circulated by third parties like data collectors or media outlets. Ambrose said that defeats the purpose of sealing their records because their past will still follow them.

According to Larry Jefferson, the director of OPD, this is a big problem.

Ambrose said while this affects all juvenile offenders, people of color are more affected.

However, WAPA group members, like Yakima County Prosecutor Joe Brusic, believe this rule change could be disastrous for record keeping.

"You could say that we now as prosecutors and the court system are flying in the dark as to some of these juveniles' criminal history," Brusic said.

He said this could potentially influence sentencing, if they don't know what the juvenile's done in the past.

"The more criminal history that you have that applies to the underlying charges you have, the greater your punishment," Brusic said. "If we don't have that information, the punishment may not be where it should be."

The organizations supporting the rule change said the new system will actually make that process easier, it's just a matter of learning how to use it.

"The method that we're proposing with the initials and using identifying numbers is actually going to be better for record keeping," Ambrose said. "There are identifiers for each individual person so it's not based on their name and date of birth because some people might have the same name and date of birth."

WAPA wrote a letter to the Washington State Supreme Court asking them to pause the implementation of the rule change until they can meet and discuss it. After not hearing back, the organization made their recommendation to stop filing charges affected by the rule because of complications the rule could cause. 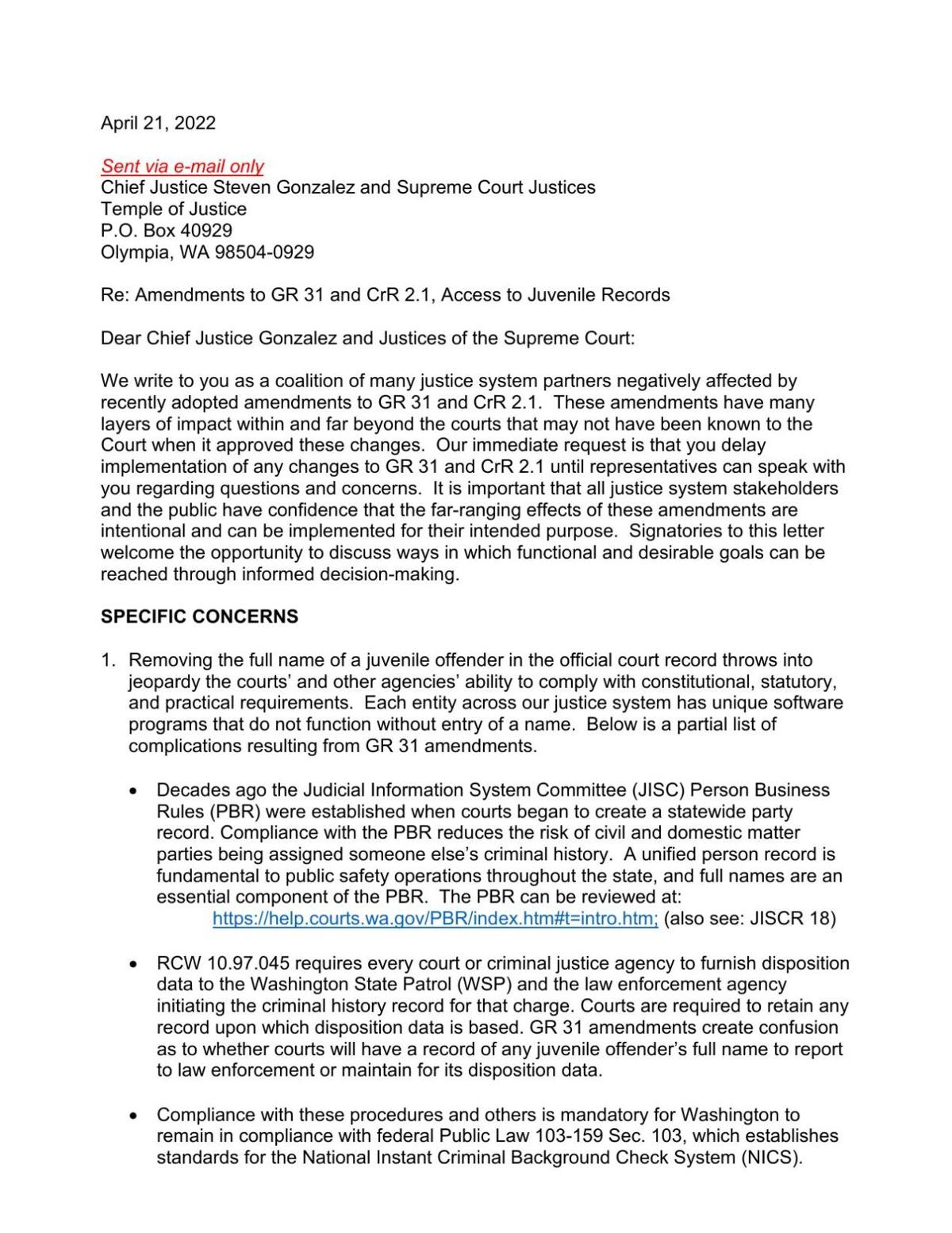 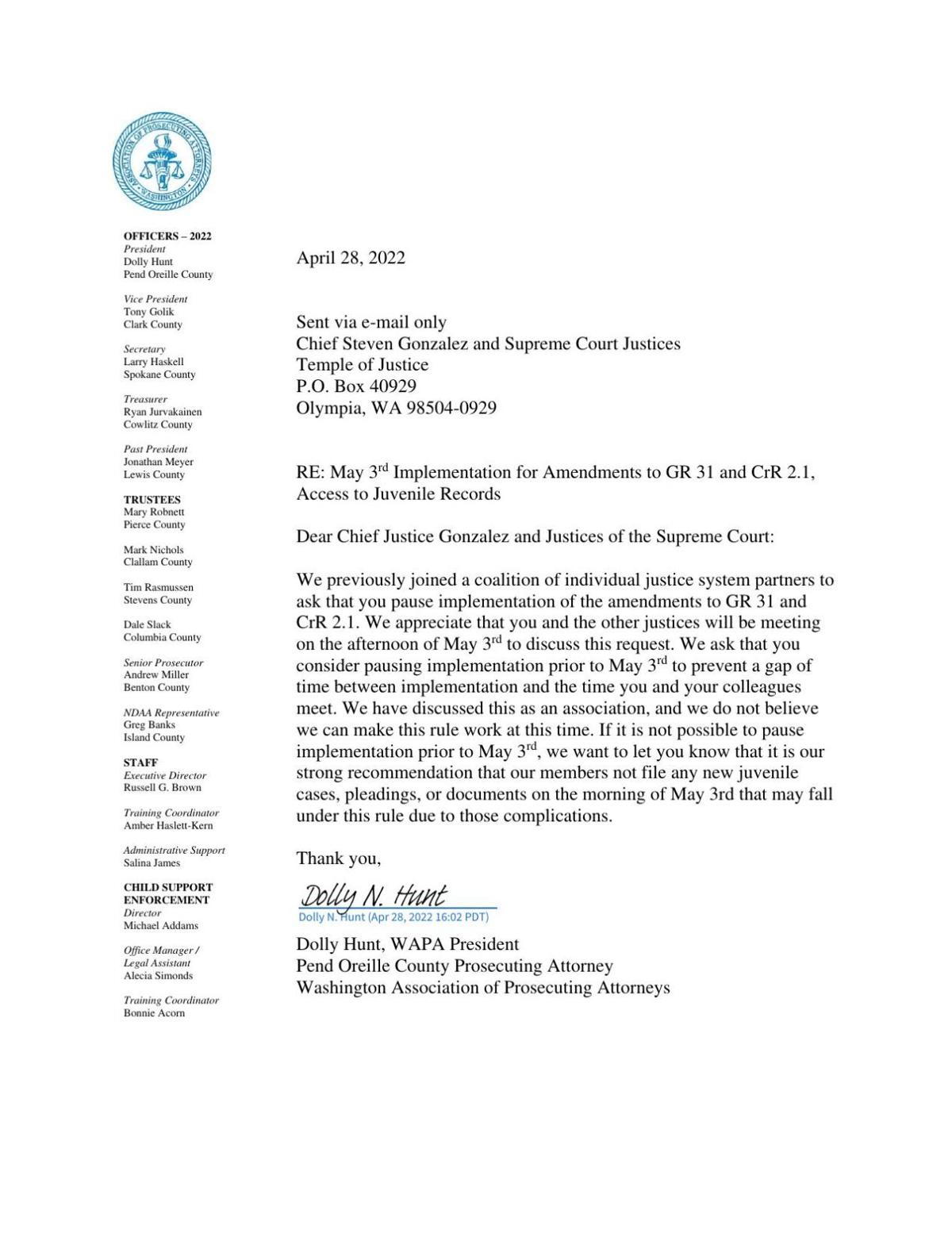 The Washington Association of Sheriffs and Police Chiefs addressed WAPA's recommendation in a letter saying the decision was concerning but rational. They also asked the court to reconsider their decision stating "the court must be aware juveniles can and do commit dangerous and violent offenses and must take action." 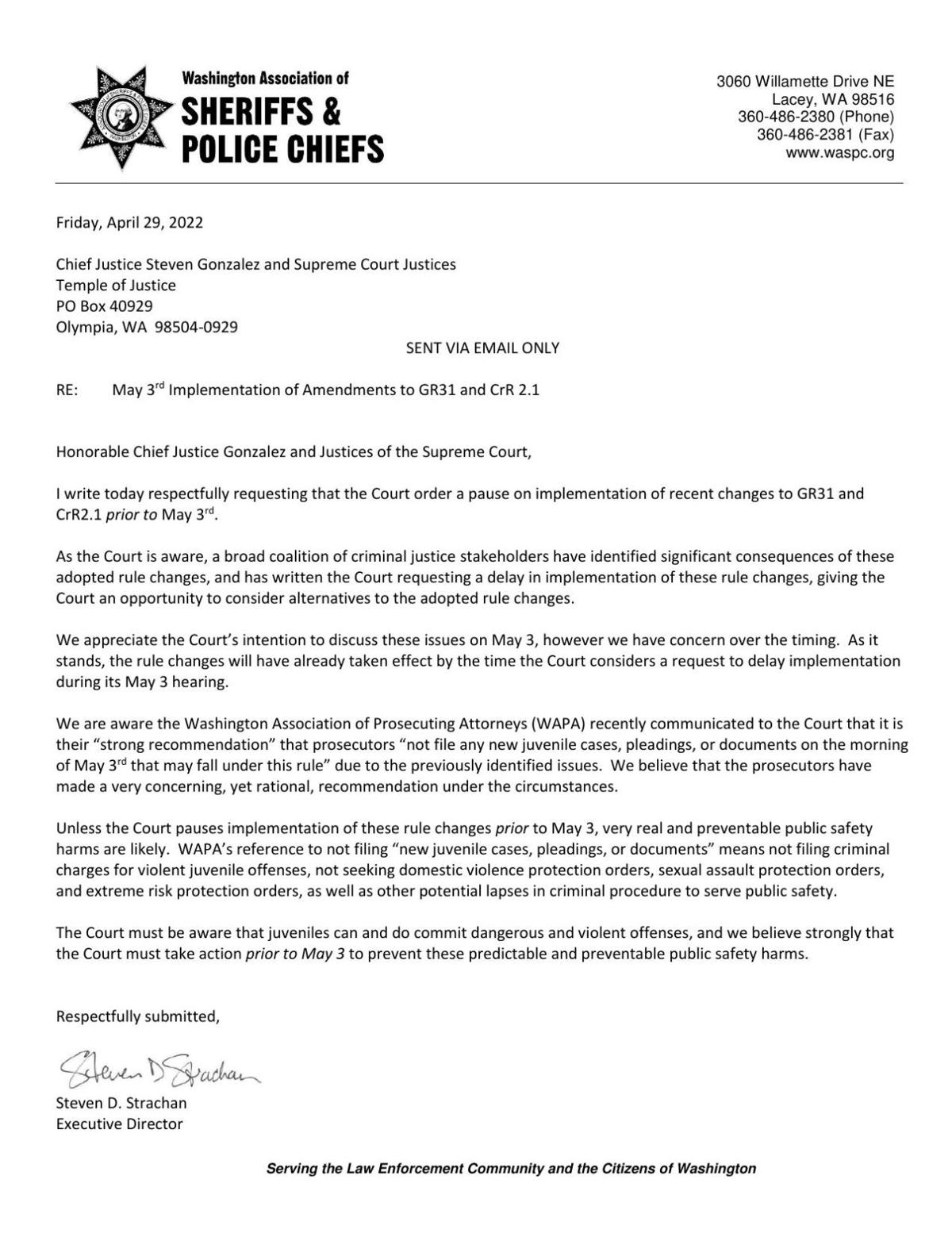 The Washington State Association of Broadcasters (WSAB) also denounced the change saying it would prevent journalists from making sure the government does its job properly.

"I honestly can't think of a time when the media has exposed an injustice in the juvenile legal system, usually what the media is interested in is finding the names of young people and making them very public," Ambrose said.

The state supreme court is set to discuss WAPA's letter on Tuesday or Wednesday.

WSAB said it's prepared to file legal action if the court doesn't reverse its decision.

Fires in Benton County and Pasco

FTC sues Walmart for scammers' use of money transfer unit