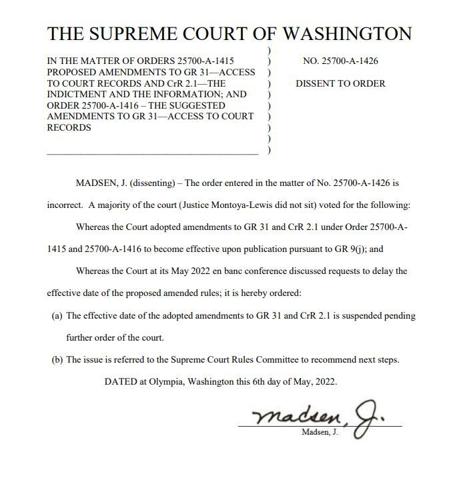 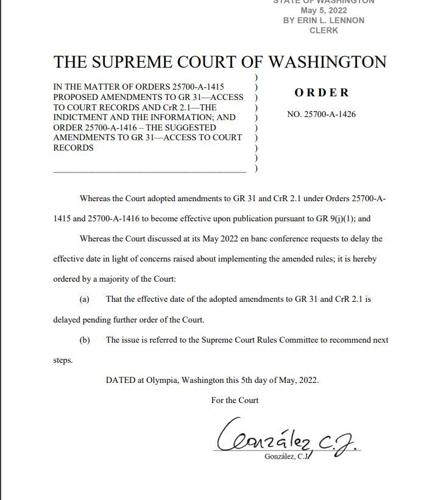 WA - The Washington Supreme Court sent out an order on May 5, delaying a change to General Rule 31 that required juvenile's court records to be filed under their initials.

The court's Rules Committee will decide what the next steps are. Groups in favor of the rule change and against it, hope to sit with the court to discuss their perspectives on the rule change.

The Yakima County Prosecutor said Joe said the Association of Prosecuting Attorneys is pleased with the decision.

"We have to be able to make sure that when and if we use only juvenile initials that it can go through the system and we all talk to one another and partner to make it work," Brusic said.

Larry Jefferson from the Washington Office of Public Defense, a group advocating for the rule change, said they're okay with sitting down and listening to other suggestions.

No date has been set for a meeting.

Another Yak to Gonzaga