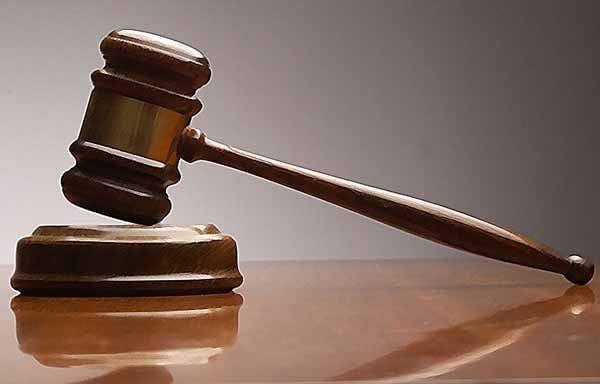 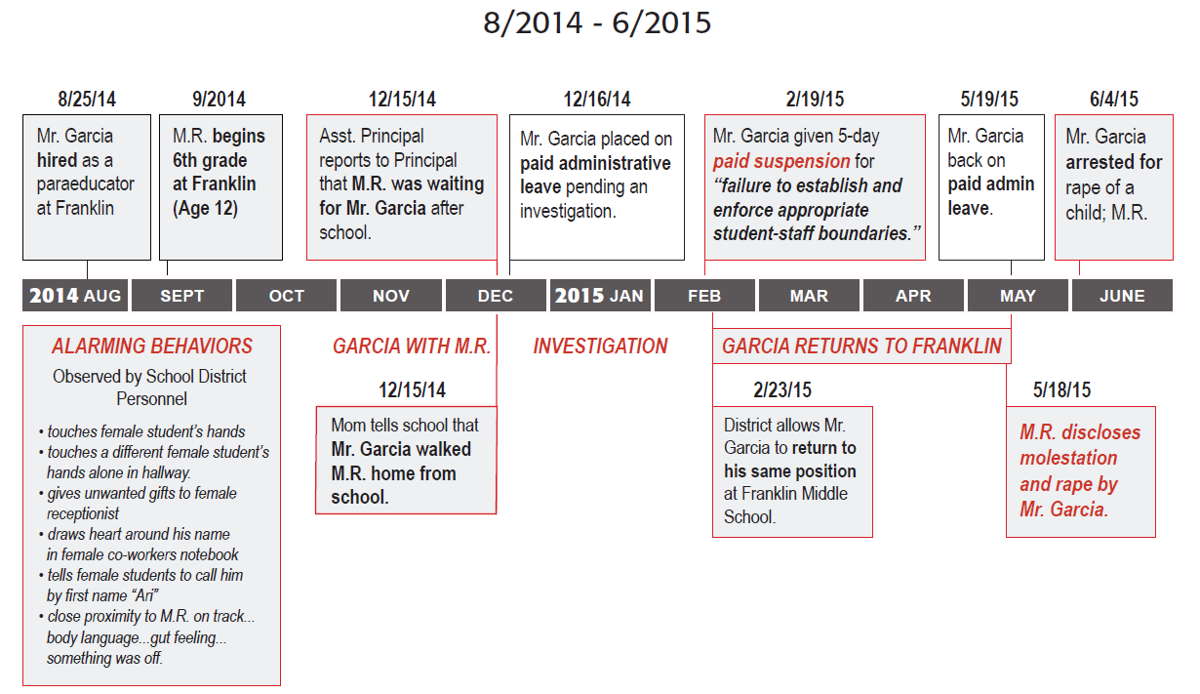 Timeline from Aristeo Garcia Rubio's date of hire to his rape of the 12-year-old Franklin Middle School student.

YAKIMA, WA - Weeks before trial was scheduled to  begin, a $500,000 settlement was reached in a lawsuit by a former Franklin Middle School student against the Yakima School District after she was raped by a paraeducator in 2015.

The lawsuit, filed in August 2017, alleged that the district botched the investigation and discipline of a parapro who was caught sexually grooming a 12-year-old female student in December 2014.

The parapro, Aristeo Garcia Rubio, was placed on paid administrative leave after the student’s mother caught him walking her daughter home from school. The district’s investigation revealed Garcia lying about walking the girl home from school, giving her gifts, asking her about her boyfriends and home life, and commenting on her good looks.

Despite Garcia violating school policy and the school’s principal urging his removal for the students' safety, the district suspended Garcia for 5 days with pay, and then allowed him to return to his regular duties in February 2015.

After Garcia returned to work, he continued to contact the 12-year-old girl and ultimately raped her at his home in May 2015. Garcia was convicted of Rape of a Child in the 2nd degree and is now serving his 10-year prison sentence.

According to the victim's attorney, Bryan G. Smith of Tamaki Law in Yakima,

"As a parent I was shocked to learn that the school didn’t fire Mr. Garcia Rubio after they learned he had been sexually grooming a 12 year old student. They brought him back into direct contact with students even after the principal asked the district to fire him.

"You don’t slap a sexual perpetrator on the hand after incidents like this. You fire them and never let them have contact with students again.

"I think a jury would have been critical of the Yakima School District’s decision but my client wanted to move on with her life and not have to endure another trial. She went through the criminal trial process with courage and dignity, and is grateful that she will not have to go through a civil trial against the district."

According to Tamaki Law attorney Megan E. Hale, who also represented the victim, school administrators and staff later admitted that Garcia’s actions raised several “red flags” early on, but they did not take action until the girl’s mother blew the whistle.

Hale claims the school acted out of fear of a wrongful termination lawsuit rather than fear of endangering its students, letting bureaucracy take over common sense.