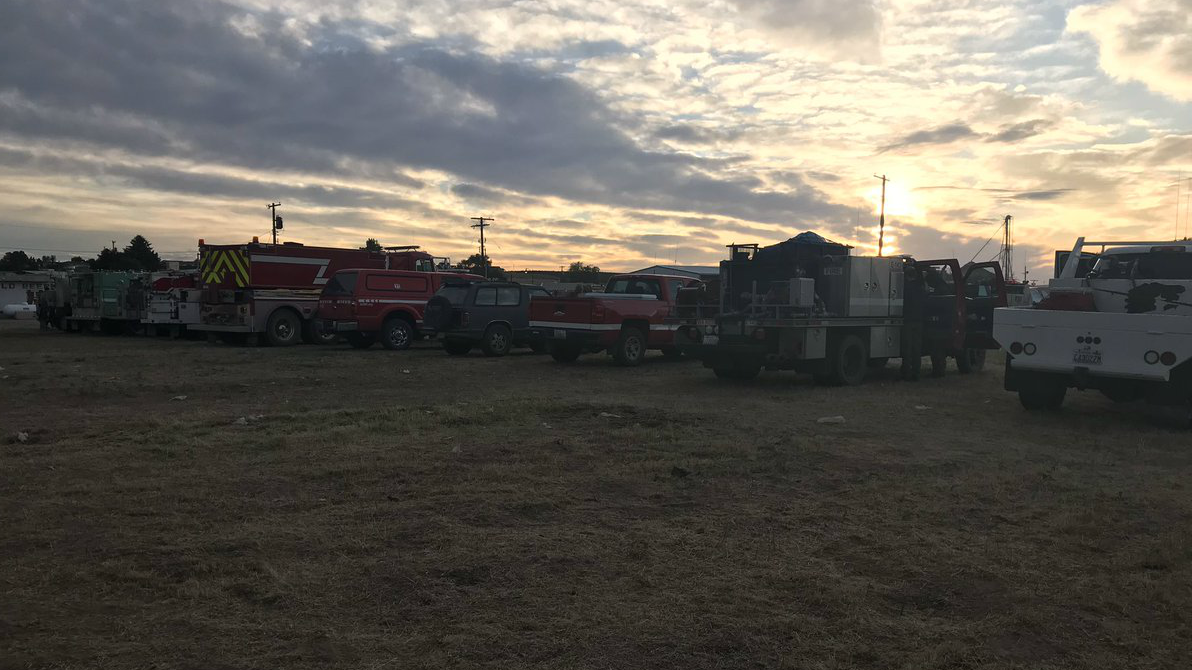 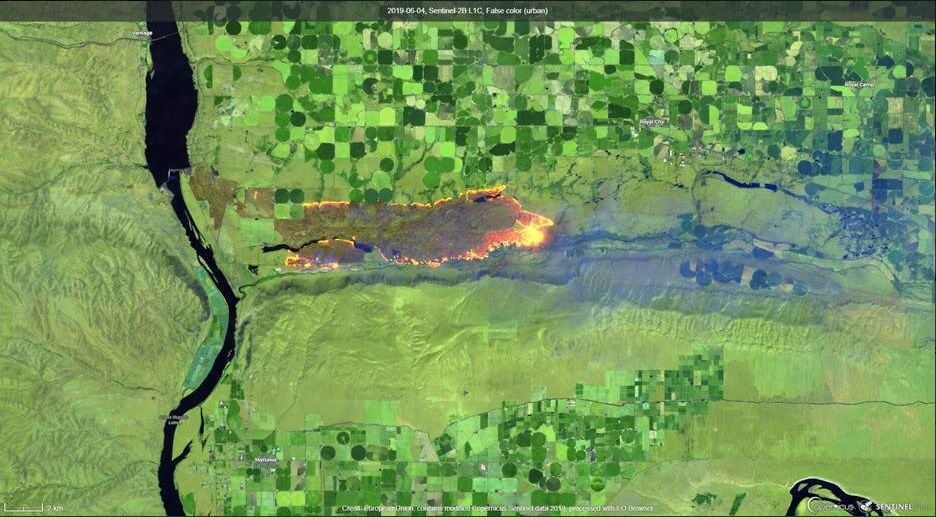 Fire officials say the hot spot was about 30 square feet located inside the footprint of the fire.

Crews and engines were on scene to put out the hot spot.

Fire officials say there is nothing to worry about right now. The flare up is minor.

Grant County's 243 Command Fire has now reached 85 percent containment with a total of 20,380 acres burned as of Friday evening.

While the majority of the fire is out and the air has cleared, officials say small spots of heat still remain and will remain until heavy rainfall. Crews plan to surround the fire's footprint with a wide, cool outer ring with no burnable material.

Remaining personnel will monitor and keep the fire within its current footprint until a local unit can take over.

The process of mopping up and rehabilitating the area will be continued by a small task force Saturday.

The 243 Command Fire in Grant County remains at 65-percent containment and was last reported at 20,380 acres in size Friday morning.

All evacuation orders have been dropped and crews are planning to have mop-up and rehab operations completed by the end of Friday's shift.

Some fire personnel began going home Thursday, and more are expected Friday before the fire is eventually handed off to a local team Saturday.

Crews say Thursday's temperatures assisted efforts, and some standing and down Russian Olive trees and some areas along Lower Crab Creek continue to be a heat source, which crews expect to address more Thursday.

The Incident Management Team says though the majority of the fire is out and the air has cleared, small spots of heat still remain and will remain until a heavy rainfall. Crews plan to have the fire footprint surrounded by a wide and cool outer ring with no burnable material.

Three outbuildings have been reported damaged during the fire that began Monday night.

As fire season begins, an official suggests checking out Firewise to learn how to prepare your home for wildfires along with tips and suggestions.

As of 6:00 pm on Thursday, June 6, all roads have been opened and all evacuation levels for the 243 Command Fire in Grant County have been lifted.

As of Thursday evening, Officials in Grant County say the 243 Command Fire is 20,500 acres and is 65% contained.

Some crews will remain overnight and into the day tomorrow, but many crews are demobilizing.

Update: Crews have made "tremendous progress" and say the risk to the public is much, much lower as the 243 Command Fire is now reported at 18,774 acres and 50 percent contained.

The Grant County Sheriff's Office shared the latest update on the fire on behalf of the Incident Management Team. They report fire conditions with much smaller areas actively burning.

The Incident Management team confirmed the fire size and containment in their latest release Thursday morning.

Level 2 evacuations remain in Smyrma, and current closures include Beverly Burke Rd and Lower Crab Creek. Those closures and evacuations are expected to change Thursday, according to the PIO.

Resources for the fire include four aircraft and 350 total personnel. Crews are planning to have mop-up and rehab operations close to completion by the end of Friday' shift. From then, most resources will be able to return home.

Wednesday afternoon, strong winds tested the fires, but lines held, and an additional sprinkling of rain had no effect on the fire.

The cause of the fire remains under investigation.

Previous coverage: A public information officer for the 243 Command Fire says the fire is now 50% contained.

The estimated acreage of the fire remains at 15,000 acres.

Previous Coverage:A PIO for the 243 Command Fire has clarified that the blaze is currently involving 15,000 acres.

Previous Coverage: The 243 Command Fire in Grant County has grown to an estimated 18,774 acres, but is now reported 25 percent contained Wednesday morning.

The Southeast Washington Interagency Incident Management Team says two minor injuries have been reported and one garage has been damaged, but no residences have.

Resources include four aircraft and 380 personnel. Level 3 evacuations remain in place for Smyrma.

Crews plan to aggressively attack the fire when possible, with the safety of public and firefighters a top priority, while considering the value of natural and commercial resources at risk.

With an incoming cold front, an emphasis continues to minimize acres burned.

GRANT COUNTY - A wildfire that ignited near the Wanapum Dam continues to burn 5,000 acres.

Firefighters say a significant night shift is in place to provide point protection.

There are about 400 personnel and two fire bosses, multiple helicopters, one air tanker, and air attack working to fight flames.

No homes have been reported as damaged.

A Red Cross evacuation shelter is located at the Royal City Intermediate School. Food, water, and a shelter for anyone in an evacuation zone is available.

The Grant County Fairgrounds is open for sheltering livestock. They have bedding and water available but no feed.

Public lands near the area have been closed.