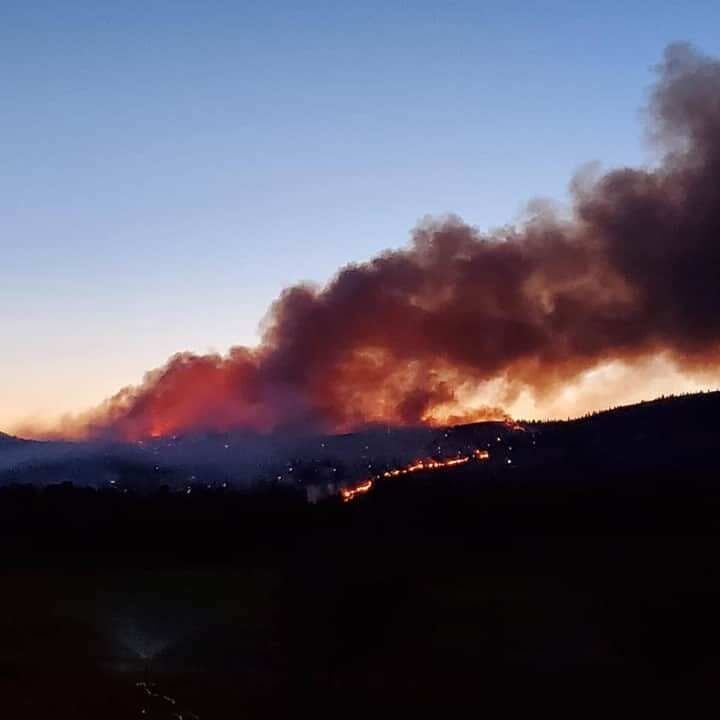 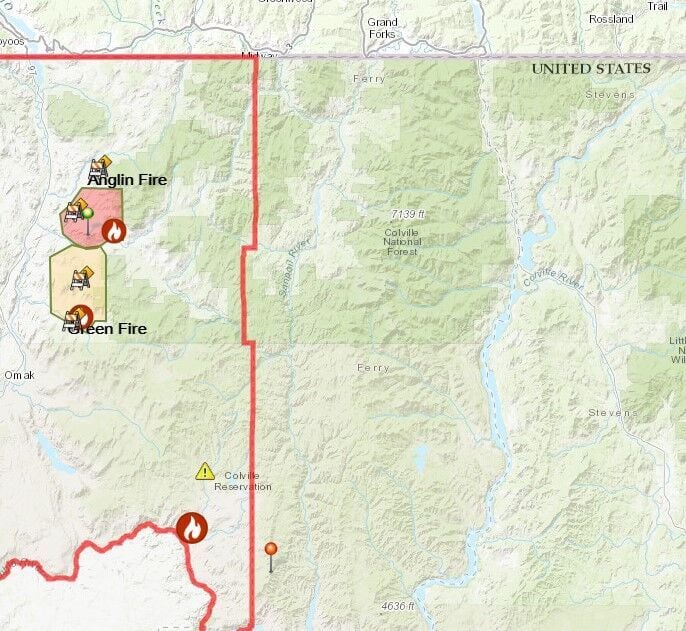 TONAKSET, Wash. - As of Thursday, July 30, the Anglin Fire near Tonasket has reached 80% containment.

The fire is reported to have grown to 1,728 acres in size.

TONAKSET, Wash. - Firefighters continue to make progress fighting the Anglin Fire despite the intense heat that's swept over the region.

The fire remains at 50% containment Wednesday night and level three evacuation orders have been removed. A level two evacuation order will remain in place for Rehmke Road south of Siwash Road and all roads connecting to Rehmke Road.

Level 1 evacuations are still in place for the Cayuse and Island Mtn. areas. Crews will work through the night and continue securing the perimeter.

The Anglin Fire burning over 1,700 acres near Tonasket is now 50 percent contained and some evacuation orders have been reduced.

According to the Northeast Washington Interagency Incident Management Team, the Anglin Fire started on Monday, July 27 and quickly spread due to high temperatures, winds and low relative humidity. Firefighters from Okanogan County, the Washington State Department of Natural Resources and numerous federal, state and local agencies continue to help with fire suppression.

Crews will continue to work overnight and expect to make additional progress.

One home has been damaged by the Anglin Fire and two outbuildings have been destroyed.

Dangerously high temperatures through the week and a cold front expected on Wednesday night through the day on Thursday continue to be a concern.

Crews in the area are also working to contain the Green Fire, which is burning approximately 800 acres and is 20% contained.

Firefighters from Okanogan County, Washington State Department of Natural Resources and numerous federal, state and local agencies have been at the scene assisting with suppression.

Level 3 evacuation orders remain in place for the area.

According to Firefighters, One residence and two out buildings were lost.

Aircraft will be over the Anglin fire again on Tuesday. Level 3 evacuation orders are still in place. For current evacuation orders please see www.Okanegandem.org. Click on the incidents tab and locate the specific incident.

The Red Cross is currently coordinating with evacuated residents. There were no injuries reported. Okanagan County Fairgrounds and Tonasket Rodeo grounds are accepting pets and livestock.

TONASKET, Wash. - Level 3 evacuations remain in effect in Cayuse and Island Mountain areas as the Anglin Fire continues to burn an estimated 300 acres.

According to Okanogan County Emergency Management, several fires were reported along the north side of State Route 20 near milepost 273 to 270 on Monday, July 27. The Anglin Fire began burning rapidly to the north.

Okanogan County deputies were in the area and immediately started making evacuation notifications in Cayuse and Island Mountain areas.

Aircraft were diverted from the Green Fire, which is also burning Okanogan County. By 8:00 p.m., the Anglin Fire was estimated to be burning at 300 acres with structures reportedly lost.

The Red Cross has been activated and people affected by the fire needing shelter can call them at (509)670-5331. The Okanogan County Fair Grounds is also available for housing animals and can be contacted at (509)322-1621.

According Okanogan County Emergency Management, the evacuations are in place for the area near West Cayuse Road and Island Mt. Road east of Tonasket.

A portion of Highway 20 is also reportedly closed due to the Cayuse Fire, which is reportedly burning at 50 acres and is growing rapidly.

VIDEO: Multiple fires continue to burn around the Inland Northwest