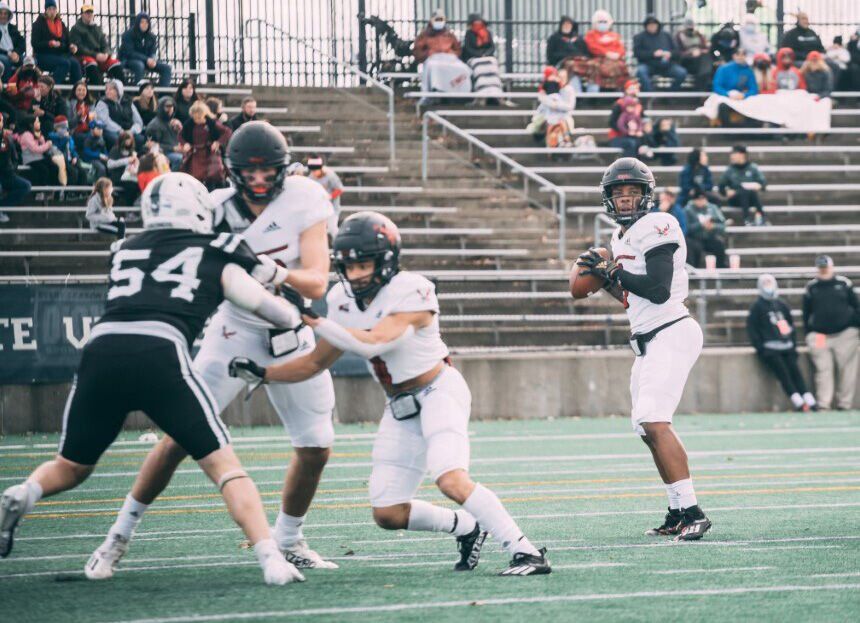 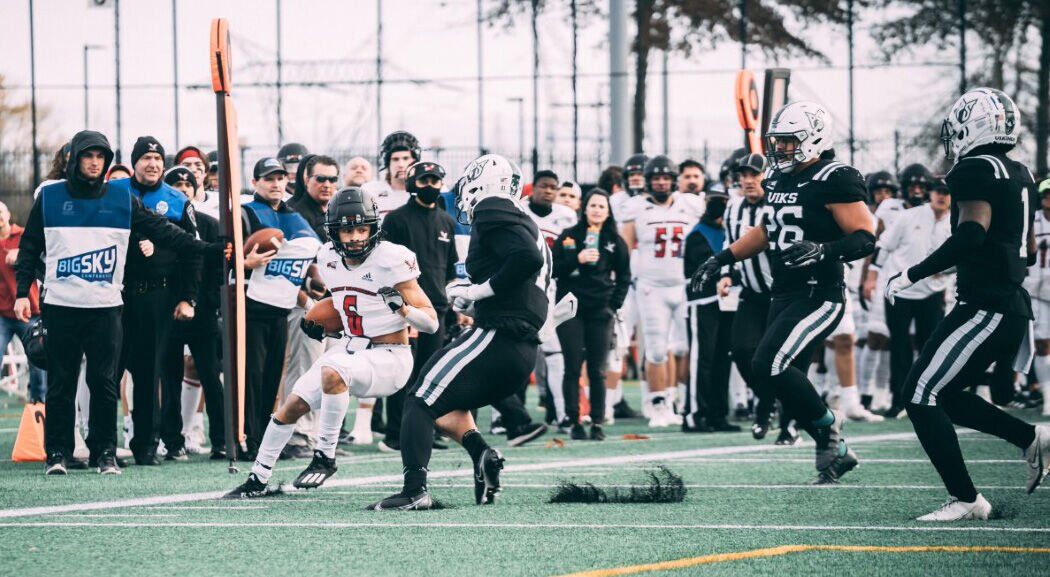 Through one half against Portland State on Saturday, there didn’t appear to be anything wrong with the Eastern Washington football team’s offense.

In a sense, nothing seemed all that amiss about the Eagles’ defense, either. It was just on the field. A lot.

The Vikings were playing keep-away better than any Big Sky team had against the Eagles this season, draining the play clock, converting on third and fourth downs, and scoring at the end of long drives. Through 30 minutes, the teams were tied, and the Eagles’ offense had been on the field for less than 7 minutes.

But at halftime, Eagles coach Aaron Best challenged the team to take back control of the game, and it responded with perhaps its best third quarter of the season.

“They were dictating the tempo, and that wasn’t going to happen for the next 30 minutes,” Best said he told the Eagles at halftime. “If we’re going to do this, we’re going to do it our way, and we did that collectively in the second half.”

After Portland State retook the lead with a five-play, 80-yard drive early in the third quarter, Eastern ran 20 of the game’s next 23 plays, a stretch fueled by two turnovers by the Vikings and three quick touchdowns by the Eagles.

Suddenly, what had been a 21-14 Vikings lead turned into a 35-21 Eagles advantage over a span of just more than 7 minutes of football.

Coming into this game, the third quarter had been the lowest scoring for the fifth-ranked Eagles (9-2, 6-2) and their opponents, a period of stasis that had cost them in their losses to Weber State and Montana State.

But against Portland State (5-6, 4-4), the Eagles outgained the Vikings 202-76 and outscored them 21-7 in the third quarter, finally getting the stops and turnovers that their defense just wasn’t getting in the first half.

“In the first half, we just couldn’t stop the long drives,” redshirt freshman defensive end Brock Harrison said. “They pretty much controlled the first half. … It felt like we were out there forever.”

“They were taking a lot of time between plays,” he said. “It wasn’t really tempo stuff.”

Even though the Eagles ran just 21 offensive plays across three first-half drives, they certainly weren’t out of it. Portland State kicker Gianni Smith pushed a 28-yard field-goal attempt wide right as time expired, and at halftime the teams were tied at 14.

They hadn’t turned over the ball, either, and the biggest play the Eagles’ defense conceded was a 20-yard pass to Matalo Talalemotu.

“No matter what level of football you play, defense kind of runs on emotion,” Best said. “There just weren’t enough exciting plays made (in the first half). They moved the sticks just enough to keep us off-balance.”

In the third quarter, the exciting plays mostly belonged to the Eagles.

On third-and-goal from the 7-yard line, Eric Barriere found Talolo Limu-Jones in the end zone’s right corner for a touchdown to tie the game at 21 less than 4 minutes into the quarter.

Four plays later, Barriere threw another touchdown, this one from 4 yards out to Freddie Roberson.

Just like that, Eastern had a two-score lead with 4:31 left in the third quarter.

After forcing a turnover on downs, Eastern scored once more on a 1-yard touchdown run from Micah Smith to double up the Vikings (42-21).

The Eagles finished the regular season 6-0 on the road – including a victory over UNLV of the Football Bowl Subdivision – something the team hasn’t done since 1967. Sunday morning, they will hear where they land in the 24-team FCS playoff field.

“That was kind of our mantra going in: to play the same on the road as we play at home. And to not lose one on the road so far this year absolutely feels great,” senior safety Calin Criner said. “Hopefully, we can get a first-round bye, and then we can hopefully be on the Red (turf) and be on our home (field) for the second round.”