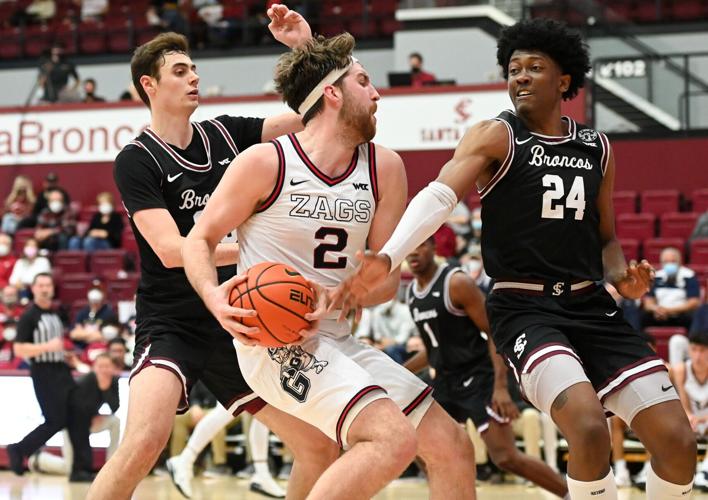 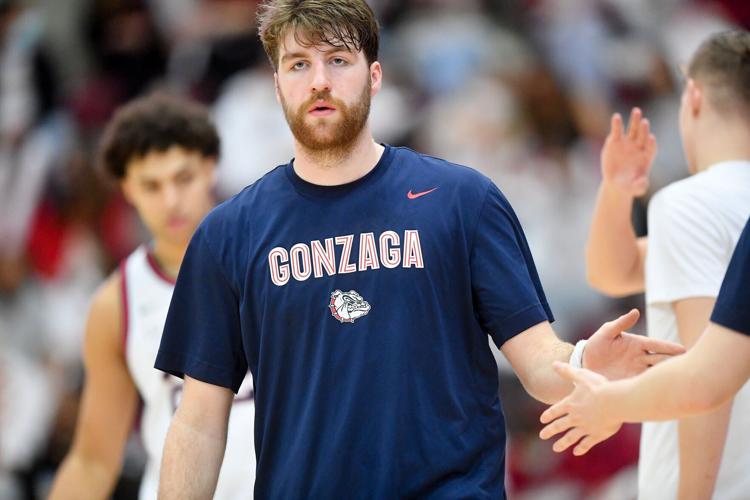 They were eye-popping in Gonzaga’s routs over BYU and Santa Clara last week to the tune of 62 points on 27-of-32 shooting, but we’re not talking about those.

Timme’s stats a year ago put him in position to be considered the 2022 preseason national player of the year favorite. With virtually identical numbers roughly midway through this season, Timme is somewhere in the middle of the top 10, depending on the media poll or odds.

Timme was ninth and teammate Chet Holmgren was 14th, one spot behind Duke’s Paolo Banchero.

On Jan. 3, the day Davis had 37 points and 14 rebounds in Wisconsin’s upset over No. 3 Purdue, Timme was a narrow favorite over Banchero when Davis made his first appearance in the Wooden Award player of the year top 15, according to sportsbettingdime.com. As of Monday, Davis was the favorite, followed by Cockburn and Agbaji tied for second and Timme in fourth.

Player of the year standings, like the weekly AP poll, can change quickly in both directions. Timme’s last two games certainly reinforced his resumé as the junior forward was named national player of the week by at least three national outlets, including the Naismith Trophy on Tuesday.

“Drew Timme has been a bit under the radar the last month … until this week,” tweeted college basketball analyst Casey Jacobsen, who worked the television broadcast with Roxy Bernstein for the GU-Santa Clara game. “Back to back 30-point outings versus BYU and Santa Clara. Shooting 27-32 FG. Ridiculous. He is back on the list of top 5 POY candidates.”

Timme’s body of work and consistency over the last two seasons has been impressive. He’s had just two games this season shooting below 50% from the field (5 of 12 vs. Dixie State, 4 of 9 vs. Northern Arizona). He’s had one single-digit scoring game (seven points vs. Texas Tech, which has perhaps the nation’s best paint defense).

Timme scored in double figures in 31 of 32 games a year ago. Dixie State limited him to nine points but he played a season-low 19 minutes.

“We’ve been blessed with low-post scorers and lot of my coaching colleagues kind of kid me about it and marvel. They don’t have that,” Zags coach Mark Few said following Timme’s 30-point night against BYU. “To have a guy that can literally deliver on the block time and time again or even in the short post where we’re hitting him with his mid-range, it’s just an incredible asset to have.

“That’s why I think he’s the best college player out there right now. He’s been really good in these big games, if you think back to the Texas game and this one.”

In five games versus ranked opponents, Timme is averaging 20.4 points on nearly 60% shooting, including a career-high 37 points on 15-of-19 field goal attempts against No. 5 Texas on Nov. 13. Last season, Timme put up 25 points on Kansas, 29 vs. Virginia, 23 against USC in the Elite Eight and 25 vs. UCLA at the Final Four.

“He’s unbelievable,” Few said. “There’s no better paint scorer in all of college basketball the last two years. Guys are doing a good job finding him. He and Chet are playing really well together, too.”

KenPom’s player of the year top four is Tschiebwe, Liddell, Timme and Cockburn. Evan Miyakawa’s analytics website has Timme at No. 1 and Cockburn at No. 2 in MVP and player rankings. Tshiebwe is third in the player rankings with Holmgren at No. 4.

“He’s a phenomenal player,” said San Francisco coach Todd Golden, whose Dons visit Gonzaga on Thursday. “He plays with the poise of a 10-year pro. It’s funny because he has some great measurables, great athlete but he plays below the rim and has a thinking man’s game. That’s what makes him so impressive. You take something away, he has counters. He plays fast, but not in a hurry.

“I was really hopeful we’d be watching him in the NBA, but honestly he’s great for college basketball, guys like Drew sticking around and really enjoying being a student-athlete in college.”