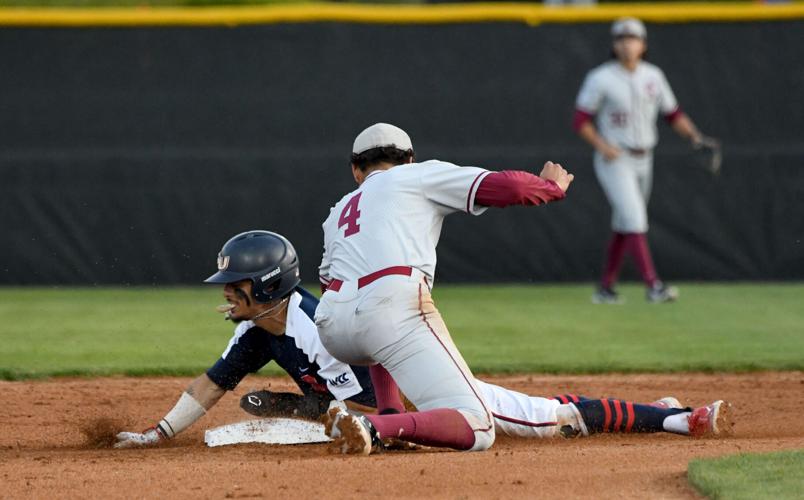 Gonzaga’s Savier Pinales (2) is safe at second base against Santa Clara’s Dawson Brigman (4) during the game in Spokane on Friday, May 13, 2022. 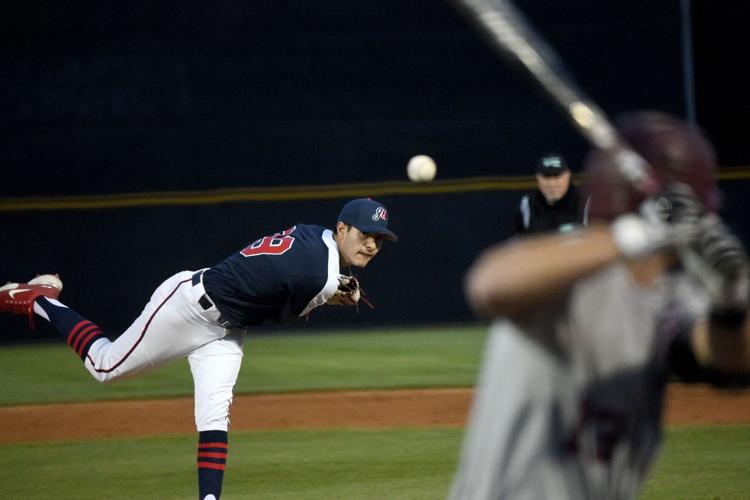 Gonzaga’s Alec Gomez (39) pitches during the game against Santa Clara in Spokane on Friday, May 13, 2022.

Gonzaga baseball players hold#8 in the eighth inning in honor of associate head coad Danny Evans, who passed away on April 23, during at game against Santa Clara on Friday, May 13, 2022.

Gonzaga’s Savier Pinales (2) is safe at second base against Santa Clara’s Dawson Brigman (4) during the game in Spokane on Friday, May 13, 2022.

Gonzaga’s Alec Gomez (39) pitches during the game against Santa Clara in Spokane on Friday, May 13, 2022.

Gonzaga baseball players hold#8 in the eighth inning in honor of associate head coad Danny Evans, who passed away on April 23, during at game against Santa Clara on Friday, May 13, 2022.

It’s been an emotional couple of days at the Patterson Baseball Complex on the Gonzaga campus. The No. 8 painted in the third-base coaches box served as a constant reminder of why.

No. 8 was also stitched on the Zags’ jerseys above their hearts as the team paid tribute to Danny Evans, the former associate head baseball coach who died on April 23 at 41 years old after a yearlong battle with melanoma.

With all the emotion surrounding the program, coupled with a 10-day layoff, it’s understandable that it took the Zags some time to get going once Friday’s game against Santa Clara started.

But it ended in dramatic fashion, as junior outfielder Dylan Johnson delivered a two-run single in the bottom of the ninth inning to lift the Zags over the Broncos 3-2 and move Gonzaga one game ahead of idle San Diego for first place in the West Coast Conference.

“We wanted to get a win for (Evans),” Johnson said. “We have his number on our chests, and he’s watching over us. Even though we’re down a little bit, we had the confidence in ourselves that we could come up with a win.”

On Thursday, the school hosted a heart-wrenching celebration of life with family, friends, former players and the current team gathered at the baseball complex to remember someone who touched so many lives within the program.

Before Friday’s game, the school played a video tribute of former players talking about Evans’ influence on the program on the videoboard, and later paused for 8  seconds of silence in the eighth inning in honor of their fallen coach.

“Gonzaga University – they have just wrapped their arms around us,” coach Mark Machtolf said. “And the baseball community in general – it’s been humbling to watch and to see and we’re just so thankful for the support.”

“Everyone reacts a little differently,” Zags starting pitcher Gabriel Hughes said. “But, I just know that Danny was there with us. I know he’s watching over us because there’s nothing he loved more than Gonzaga baseball ...  His presence is definitely felt.”

Even though Evans touched the lives of every player and coach in the home dugout, they still had to find a way to compose themselves and play meaningful baseball.

“I think the celebration of life was difficult for everybody. But it was awesome,” Machtolf said. “But I think (the players) have done a good job of focusing. This is kind of their sanctuary, so they can they can turn that page and just be together.”

Hughes entered play seventh in country in strikeouts with 108 and added seven to his total. He didn’t have his best stuff, but he battled for seven innings and got better as the game wore on.

“I just started to pound the zone, trust my stuff, trust my defense behind me,” Hughes said. “I was just kind of rushing through things, wasn’t as confident as I should have been.

“But once I kind of settled down, took a breath and was able to trust who I was and trust the guys playing behind me, I started getting ahead in more counts and started having a lot more good things happen.”

Hughes, one of the top pitching prospects entering into this year’s MLB draft, allowed two earned runs on four hits and four walks.

“It wasn’t his best outing, but he battled and he gave us a chance to win,” Machtolf said. “That’s all you can ask.”

“You know, at this point in the year every win counts,” Hughes said. “So we’re just gonna do our best and claw our way. It wasn’t the prettiest first eight innings but that’s why you play nine. So every win counts.”

Grayson Sterling led off the Zags’ ninth inning with a double to the right-center gap, then Shea Kramer drew a walk. A sacrifice by Connor Coballes (Gonzaga Prep) moved both up, then Johnson laced a single up the middle that scored both, triggering a huge celebration near second base.

“I just kept fouling it off until I got a pitch I could drive the other way or up the middle,” Johnson said. “Stay small with guys at second and third and I didn’t have to do too much. Thankfully, he gave me the pitch I wanted.”

“We haven’t really won one like that all year and it was a little bit of a struggle for us offensively,” Machtolf said.

Hughes got into a jam with one down in the second, as back-to-back singles put runners on the corners. Dawson Brigman, who had squared to sacrifice, ended up walking, then Cal Christofori sliced a single the opposite way to score two.

Hughes got JonJon Berring to roll over to second for the third out on his 55th pitch of the game.

Santa Clara starter Cole Kitchen cruised through the first three innings, allowing just one runner on a base on balls.

The Zags (30-13, 16-6) got to Kitchen in the fourth, loading the bases on singles by Savier Pinales and Sterling sandwiching a walk.

Kramer bounced to first and when John Hanley went to the bag for the out instead of home, the speedy Pinales slid around the tag from the eventual throw for the Zags’ first run.

Hughes got going – with more than a dozen scouts perched behind home plate. After the two-run single in the second he retired 17 of the next 20 batters, including 1-2-3 innings in the sixth and seventh – with strikeouts of his last two batters.

“That’s just kind of how it is with this team,” Hughes said of the scouts. “You know, we got over a dozen scouts there Friday, Saturday and Sunday because of the quality of pitchers we throw out every weekend. So that becomes part of life.”

Kitchen finished 6 1/3 innings and allowed one run on two hits and three walks with five strikeouts for the sixth-place Broncos (24-23, 11-14).

Gonzaga baseball opens a three-game series against Santa Clara on Friday at 6 p.m. at Hertz Field.