The Mid-Columbia Conference announced their all-league teams for baseball Thursday.

Danny Dickinson won player of the year and Leyton Lind was named pitcher of the year as Kennewick finished the sweep of the league awards with Lenny Ayres named coach of the year.

On the first team there are six Lions, four Kamiakin Braves, three Chiawana Riverhawks, and one Richland Bomber, Southridge Sun and Pasco Bulldog. 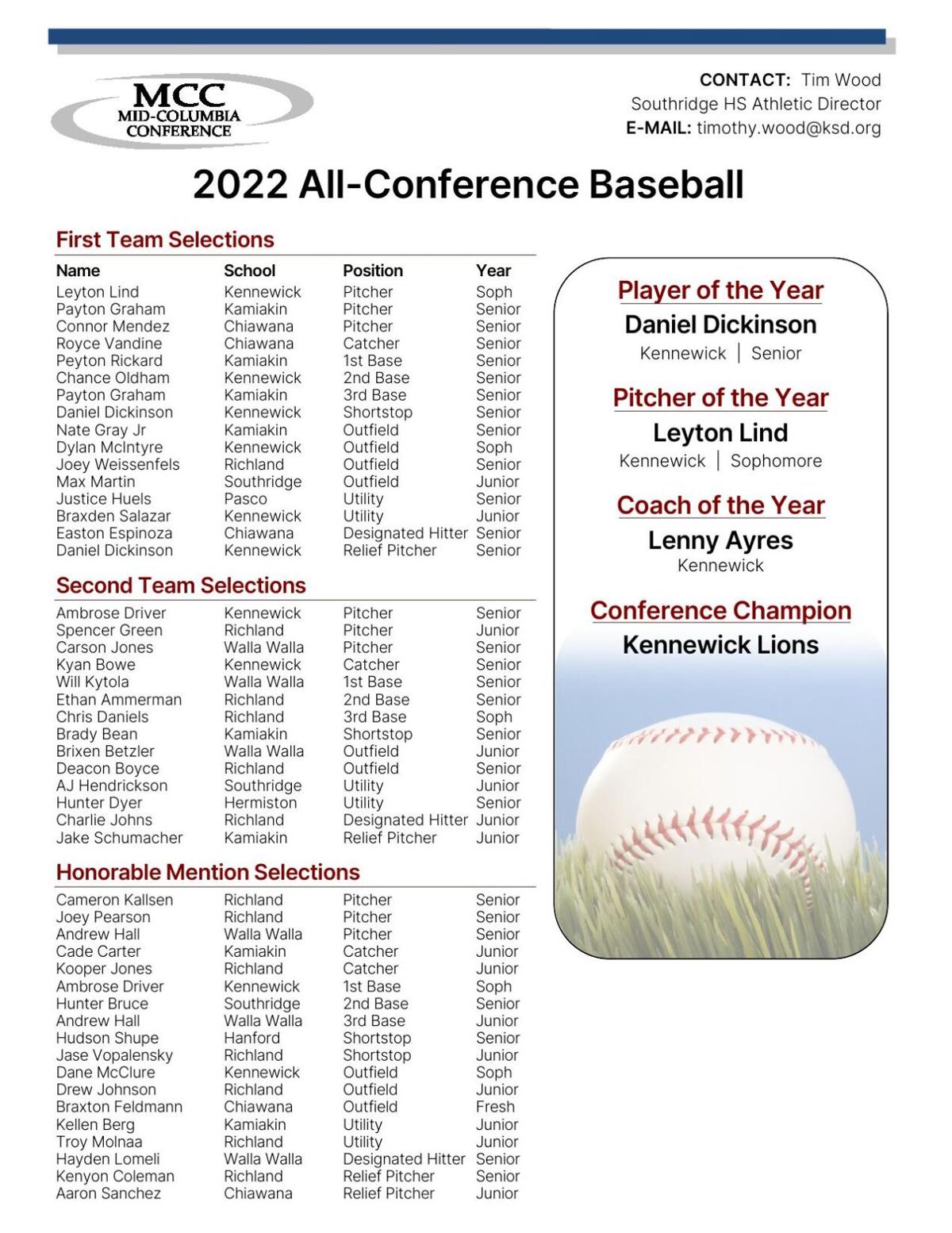