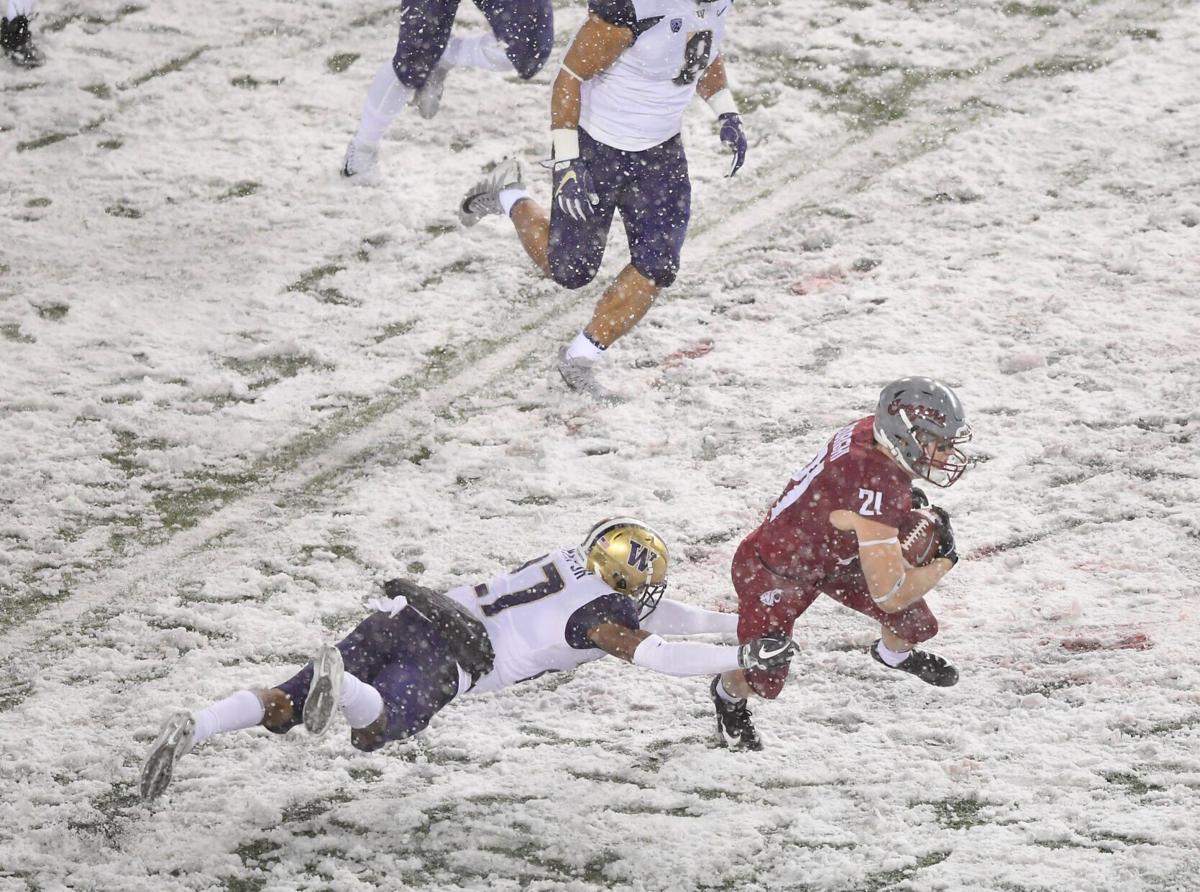 Washington State running back Max Borghi evades a Washington tackler during the 2018 Apple Cup in Pullman. 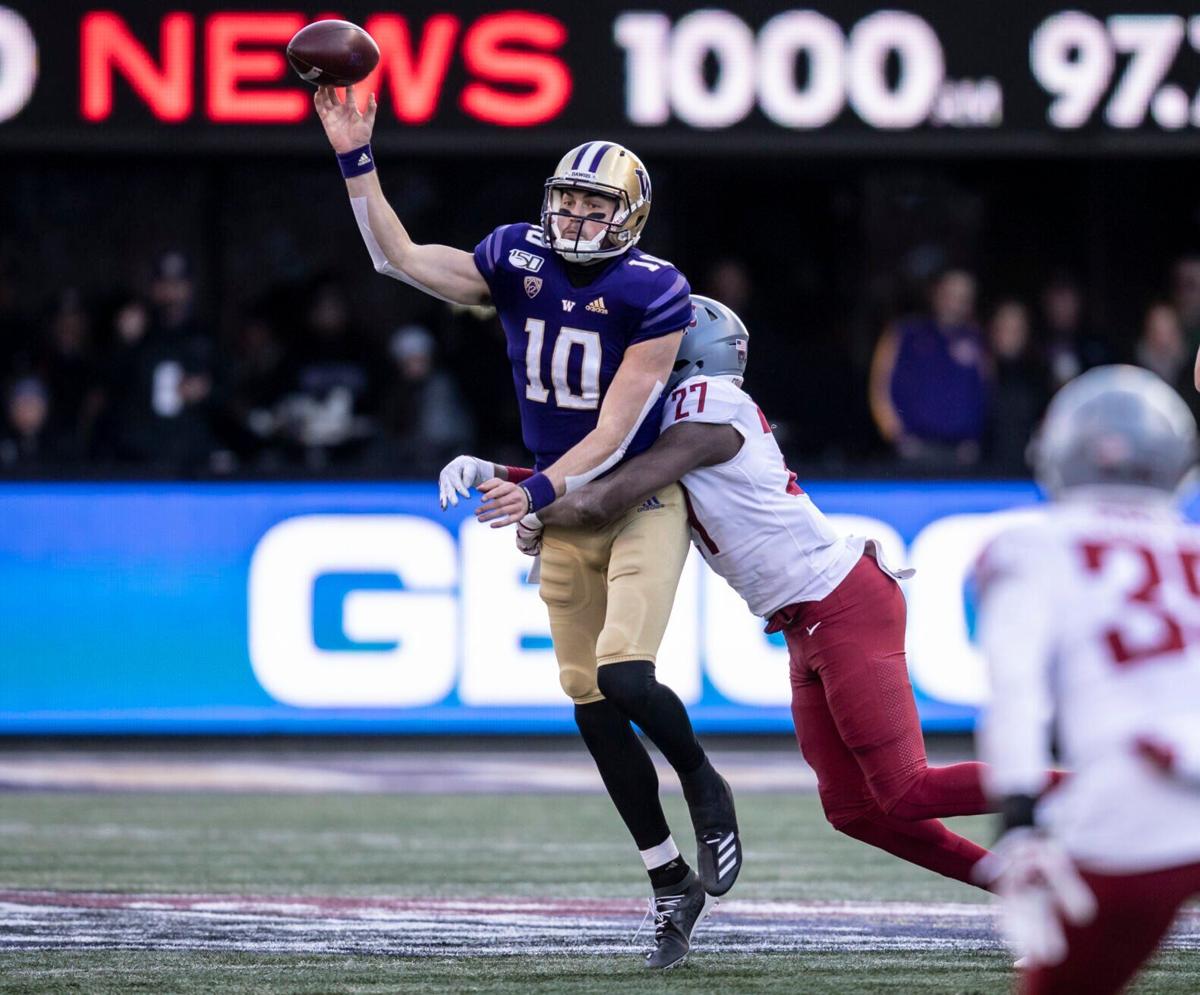 Washington State running back Max Borghi evades a Washington tackler during the 2018 Apple Cup in Pullman.

SEATTLE – Washington State comes to the West Side with a fresh coaching staff – inexperienced in this rivalry – and a fairly new-look roster compared to the last time the Cougars lined up against Washington for the Apple Cup.

Seventeen WSU players have taken part in the series, which was shelved in 2020 because of coronavirus-related issues.

A handful of veterans for the Pullman school have stood out during this stretch of Cougar misfortune in the intrastate tilt.

“For this last game coming up, it means a lot to them because of the losses in the past,” sophomore slot Joey Hobert said of the Cougars’ upperclassmen. “All of them are focused. All of them are making sure everyone gives their all in practices, so we can make sure we come out with a win.”

Let’s look back at the WSU bright spots, a few Cougs who made a mark in recent Apple Cup games.

The most effective contemporary Coug versus Washington has been senior running back Max Borghi, who’ll be playing in his third Cup when the teams meet at 5 p.m. Friday at Husky Stadium.

Borghi totaled 49 yards on seven receptions from Gardner Minshew II and ran for 20 yards on five carries at snow-blanketed Martin Stadium in No. 7 WSU’s 28-15 loss to 16th-ranked Washington in 2018.

A year later, as a sophomore, he logged 51 yards and a score on 10 rushes and piled up 58 yards on 12 receptions from quarterback Anthony Gordon in a 31-13 defeat in Seattle.

Borghi was the team’s leading rusher and No. 2 receiver in that game – behind Renard Bell, who’ll join the Cougs for his final season next year after he heals from a knee injury.

All told, Borghi has 178 yards and a TD in his career against UW.

“Now, it’s all about finishing,” Borghi said after the Cougars belted Arizona 44-18 last week. “We gotta have a great week of preparation as we go into this week, because we know exactly what this week’s all about.”

In each of the two most recent installments of the Evergreen State series, Abraham Lucas and Liam Ryan started on WSU’s offensive line.

Lucas has been the Cougars’ first-string right tackle since his redshirt freshman year in 2018. Ryan started at left guard in 2018 as a redshirt sophomore before moving to left tackle in 2019. The two will both be making their 42nd-career starts Friday.

The only other offensive player for WSU to fare well in Apple Cup games is senior slot Travell Harris. He took a kick return 47 yards in 2018 and had seven receptions for 46 yards in ’19.

If you don’t recall, it might come as a surprise the Cougars’ most impactful defender over the past few years in Apple Cup games has been backup edge Willie Taylor III.

In 2018, Taylor had two tackles for loss, including a strip-sack of Husky quarterback Jake Browning. Former WSU linebacker Dillon Sherman recovered. The following season, Taylor registered another pair of TFLs and the Cougars’ only sack of the game, which forced a punt on UW’s first series. The Huskies only punted twice more after that.

Sixth-year linebackers Jahad Woods and Justus Rogers are the only active Cougars (excluding Bell) to have played in the 2017 Apple Cup.

Woods, a fifth-year starter, has amassed 17 tackles, two tackles for loss and a forced fumble in three Apple Cups. Rogers has made six tackles and a TFL in his appearances.